Michael Feinstein, Ambassador of the Great American Songbook, returns to the club that bears his name, alongside Christine Ebersole, two-time Tony Award-winner, for an unforgettable evening in Two for the Road. 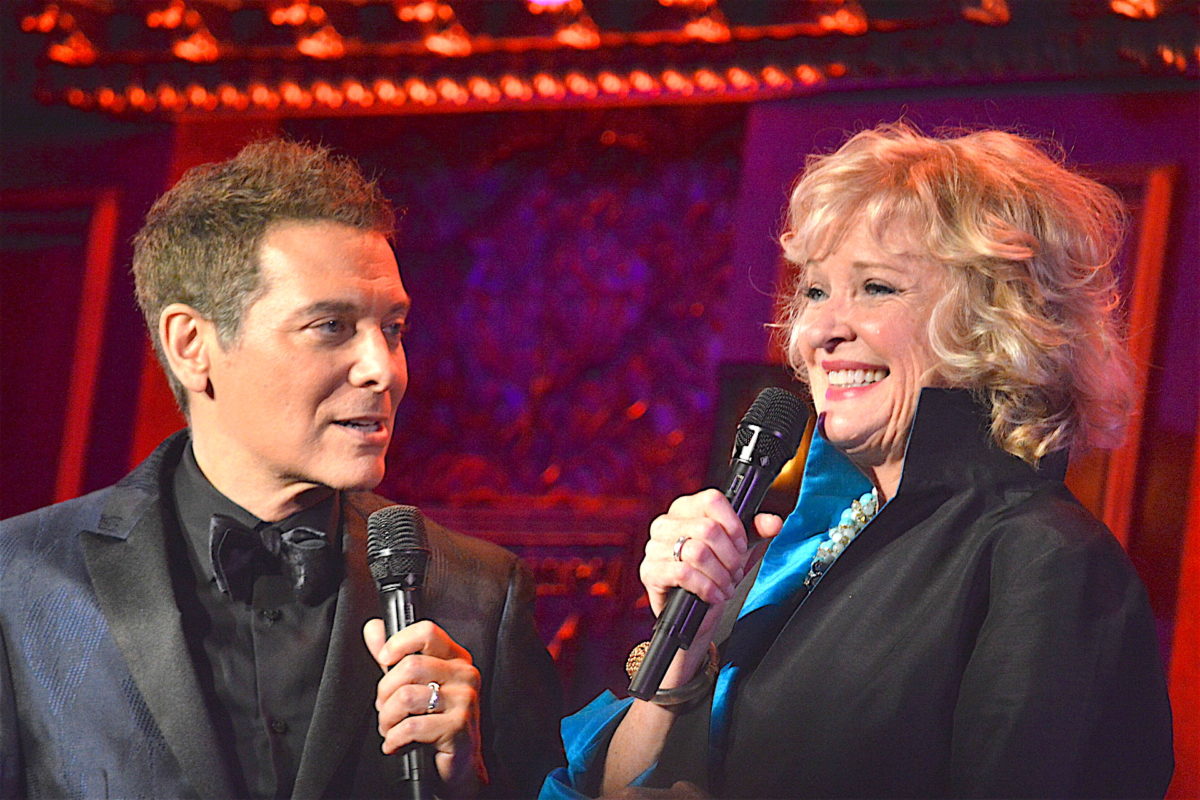 Michael Feinstein, Ambassador of the Great American Songbook, returns to the club that bears his name, alongside Christine Ebersole, two-time Tony Award-winner, for an unforgettable evening in Two for the Road.

Feinstein and Ebersole took a summer stroll through classic standards such as “Stormy Weather,” “Time After Time,” “On the Atchinson, Topeka and the Santa Fe,” and of course “42nd Street,” in a resplendent celebration of the Great American Songbook. Serenaded by these two legendary performers of both night club and stage, prepare to be charmed in a glamorous evening of duets and medleys from Manhattan’s Golden Age.

Michael Feinstein has built a dazzling career over the last three decades bringing the music of the Great American Songbook to the world with recordings that have earned him five Grammy® Award nominations, Emmy® nominated PBS-TV specials, acclaimed NPR series, and concerts spanning the globe. His work as an educator and archivist define Feinstein as one of the most important musical forces of our time.

Winner of two Tony Awards for Best Actress in a Musical (42nd Street and Grey Gardens), Christine Ebersole has also starred in film (Wolf of Wall Street), television (“Sullivan & Son,” “Royal Pains”), and has performed concerts in theaters and concert halls across the country, from The Kennedy Center and Carnegie Hall to The Pasadena and Boston Pops. She was most recently nominated for a Tony Award for her acclaimed performance in War Paint on Broadway.

This show is part of Feinstein’s/54 Below’s Summer 2018 concert series: Duo Shows at 54! From partners to siblings to co-stars and beyond, these evenings will celebrate the special collaboration of two artists brought together. Join us as some of today’s greatest performers team up with each other for this unique and exciting series.