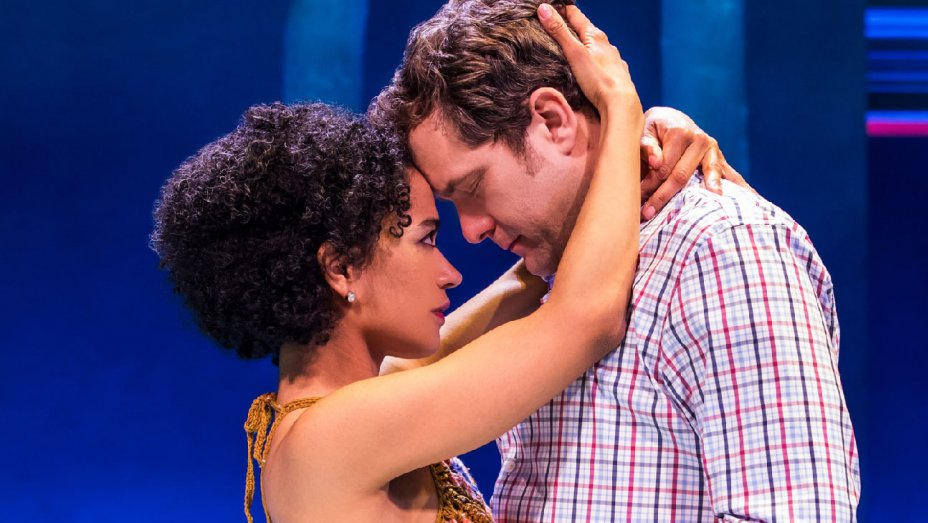 But in the age of #Me Too, the current revival, directed by Kenny Leon, has many people asking far different questions: is a sexual relationship between a former student and a teacher at her school appropriate? And is said teacher abusive in his aggressive pursuit of that very vulnerable young lady (a pursuit which includes climbing a tree and surprising her while she is sleeping)?

However, both these questions miss the point. And not only because if a man in hot pursuit of a woman is abuse, most of our most cherished pieces of literature are about men who should be behind bars. The real point this drama poses is what side do we choose when both sides have merit.

In this production, the role of Sarah, a 26-year-old former student and custodian at a school for the deaf, is played by Lauren Ridloff. Like Phyllis Frelich, for whom the role was originally created, Ridloff is deaf and communicates with American Sign Language. Joshua Jackson, best known as Pacey Witter in Dawson’s Creek,  is James Leeds, the new teacher who is determined to teach Sarah to speak.

And they are both right.

What makes us more sympathetic to Sarah is James’s lack of tact. Although he is filled with love and compassion, mixed with a good dose of humor, he simply cannot put himself in the shoes of the woman he so desperately wants to help.

But in this production there is another reason why Sarah gains our sympathy. Jackson does yeoman’s work delivering his lines and translating Sarah’s sign language so the audience will know what’s going on. As a result much of his performance seems more informative than emotional. It also makes the play plod along at a speed somewhat slower than the ice melting on the polar caps.

Ridloff, on the other hand, has one of the most expressive faces we’ve ever seen on Broadway. What’s more, she floats, dances and skips across the stage. She is mischievous, angry, compassionate and sorrowful, all in the space of a few minutes. We fall in love with her even before James does. It is her luminescent performance that carries this production triumphantly to the finish line.

Although a good deal of the second act is devoted to seeking justice for the deaf students, surrounded by hearing people who may or may not speak their language, none of this is as interesting as the fiery young lady who is asked to sign on to the cause.

Treshelle Edmond as Lydia adds humor as the over-eager rival for James’s affections. And John McGinity makes Orin a passionate advocate for the rights of the deaf. But the heart of this play is the relationship between James and Sarah. And at the end, we certainly hope James will grow up enough to deserve her.