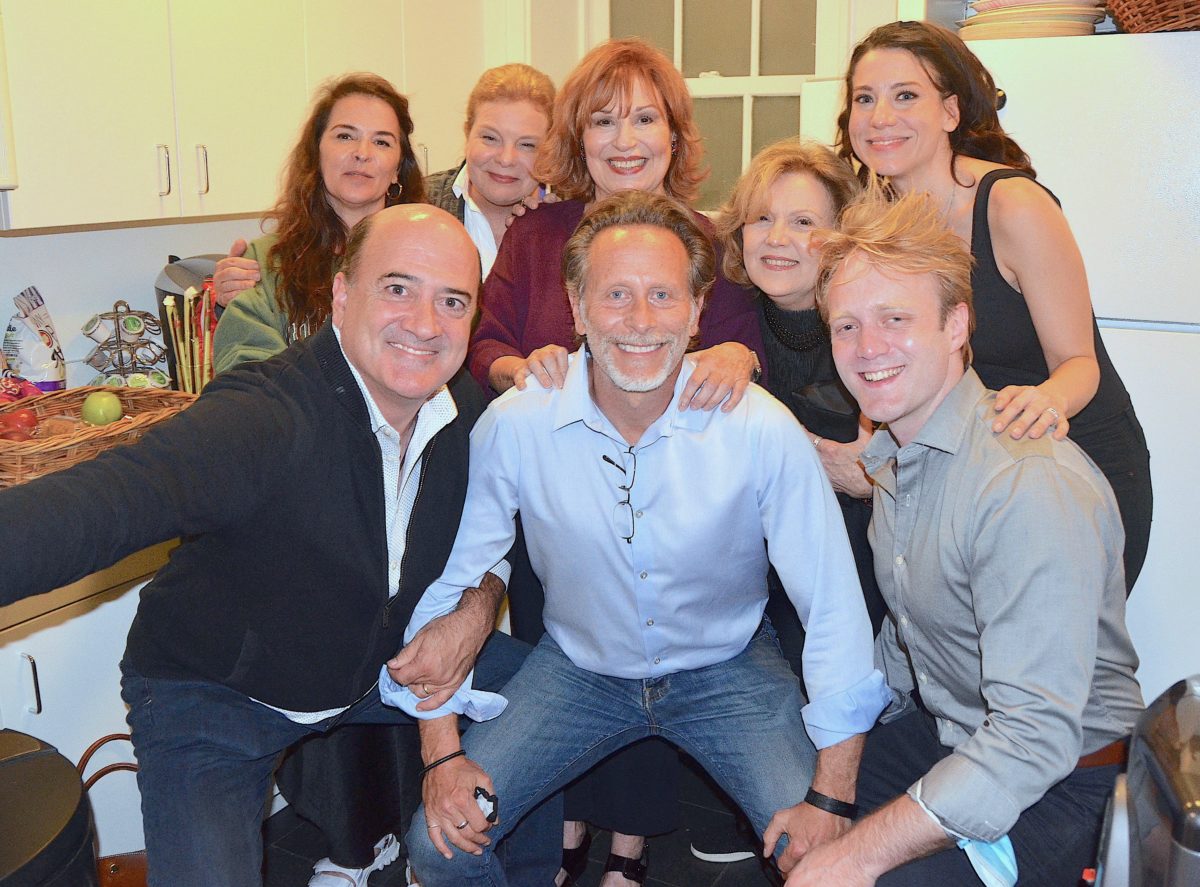 Guild Hall, the cultural center of East Hampton, is presenting a staged reading of Crisis in Queens, a funny new play by Joy Behar.

September 4, 2021:  Joy Behar, the co-host of The View, a versatile humorist, commentator, comedienne and writer is branching out into playwriting with a witty new play, Crisis in Queens. Guild Hall, the cultural center of East Hampton, is presenting the debut staged reading of the full-length comedy on Friday and Saturday of Labor day weekend at 8pm.  When Josh Gladstone, the Artistic Director of Guild Hall, brought Joy to the stage of The John Drew Theater on Friday evening she said, “I just want to laugh and have a good time.” Yes, that is what we came for, Joy’s brand of humor, and she did not disappoint. The reading on Friday, although a tiny bit long, was a peak at a humorous work in progress. There is meat on those bones but the playwright needs to trim the fat. In Behar’s tale, set in Queens, relationships are hard, and marriage is work. 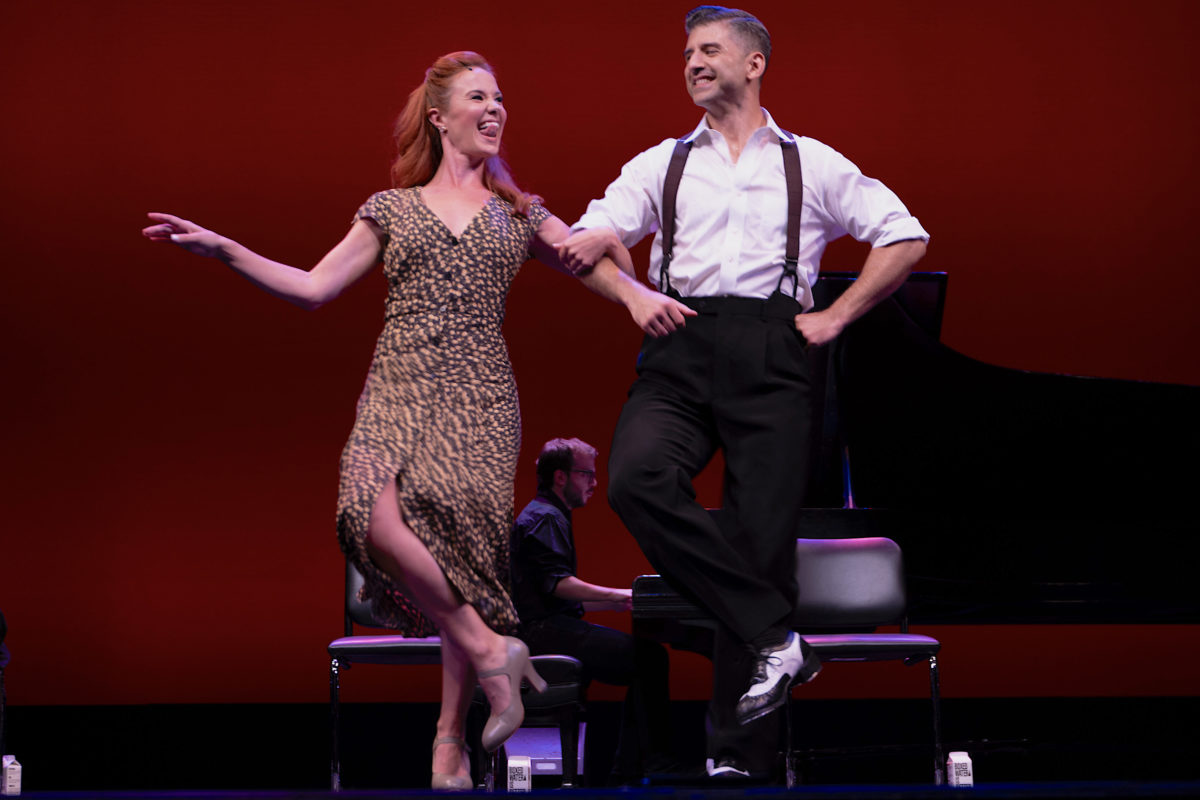 Crazy For You closed out the Stroman Presents series at Guild Hall with Broadway superstars, Tony Yazbeck and Sierra Boggess.

August 31, 2021:  Guild Hall, the cultural center of East Hampton, closed out their star-studded weekend of Stroman Presents with Crazy For You. On Sunday Stroman, who won the first of her five Tony Awards for choreographing the original 1992 Broadway production, brought a marvelous cast, which included Tony Yazbeck, Sierra Boggess, Melissa Errico, and Dee Hoty to perform a few of the classic George and Ira Gershwin songs. Tony Yazbeck’s dazzling dancing was a highlight of the splendid evening, along with the surprise guest appearance by Josh Gladstone, the Artistic Director of Guild Hall. 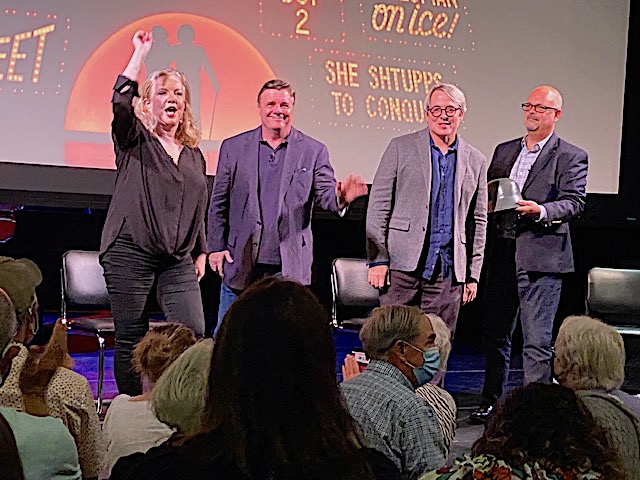 August 28, 2021:  Guild Hall, the cultural center of East Hampton, is presenting a star-studded weekend of Stroman Presents!  That of course is the legendary, 5-time Tony winning choreography/directory Susan Stroman. On each evening, Friday through Sunday, some of Broadway’s biggest talents will take the stage of the John Drew Theater. The series kicked-off on Friday with Matthew Broderick, Nathan Lane, and Brad Oscar, who joined Stroman, known to the Theater world as Stro, to reminisce on the 20th anniversary of The Producers, which she directed and choreographed. They performed some of their songs and Mel Brooks made a live appearance via zoom. 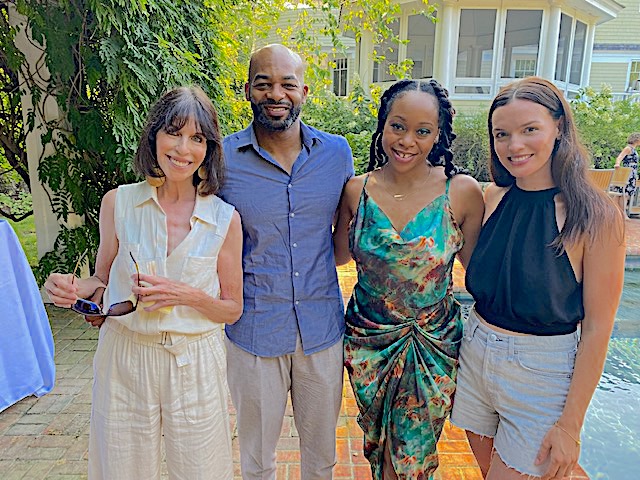 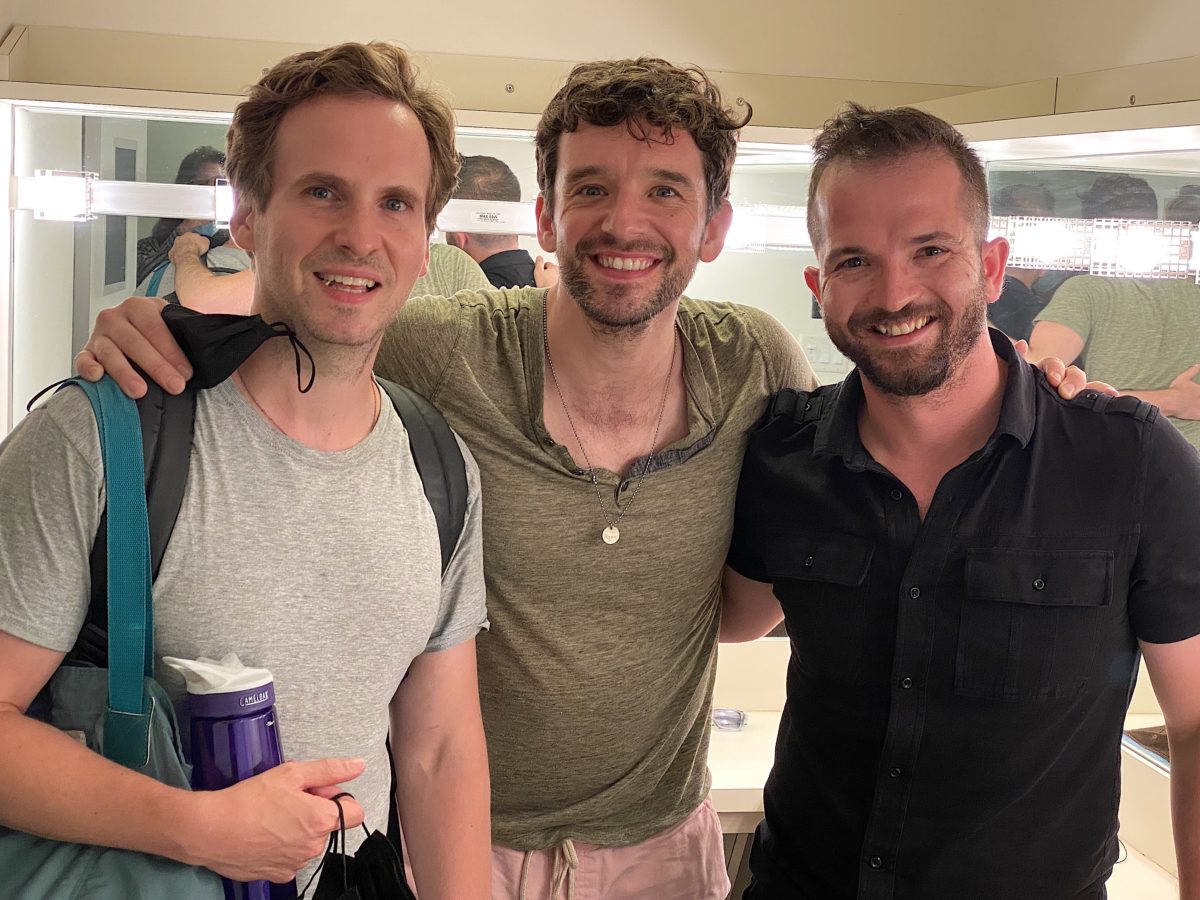 Michael Urie and Ryan Spahn star in Edward Albee’s At Home at the Zoo directed by Nathan Winkelstein with Sophie von Haselberg on Friday, Saturday and Sunday at 8:30pm.

August 13, 2021:  Guild Hall is presenting Edward Albee’s At Home at the Zoo, a combination of his first play and one he wrote decades later, starring theater and TV star Michael Urie with his real life partner, Ryan Spahn. 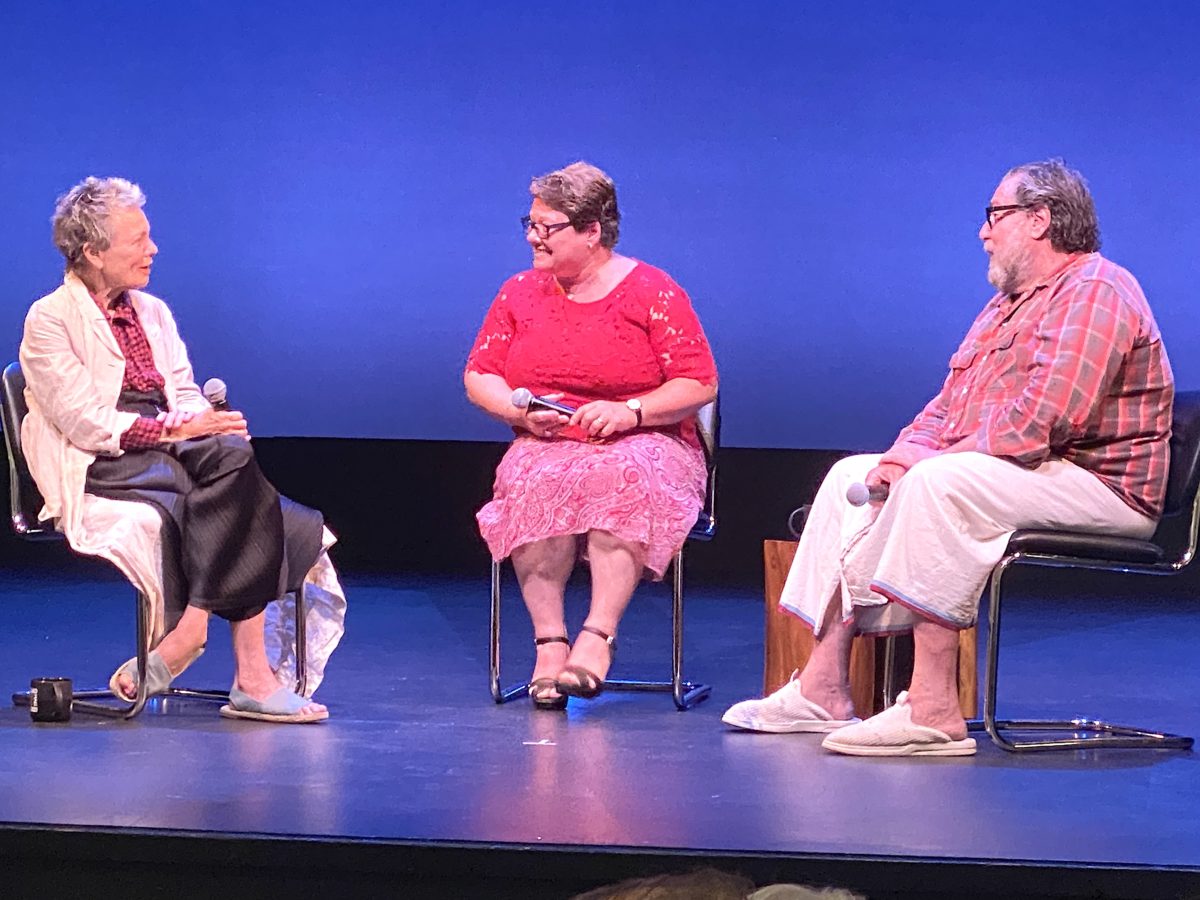 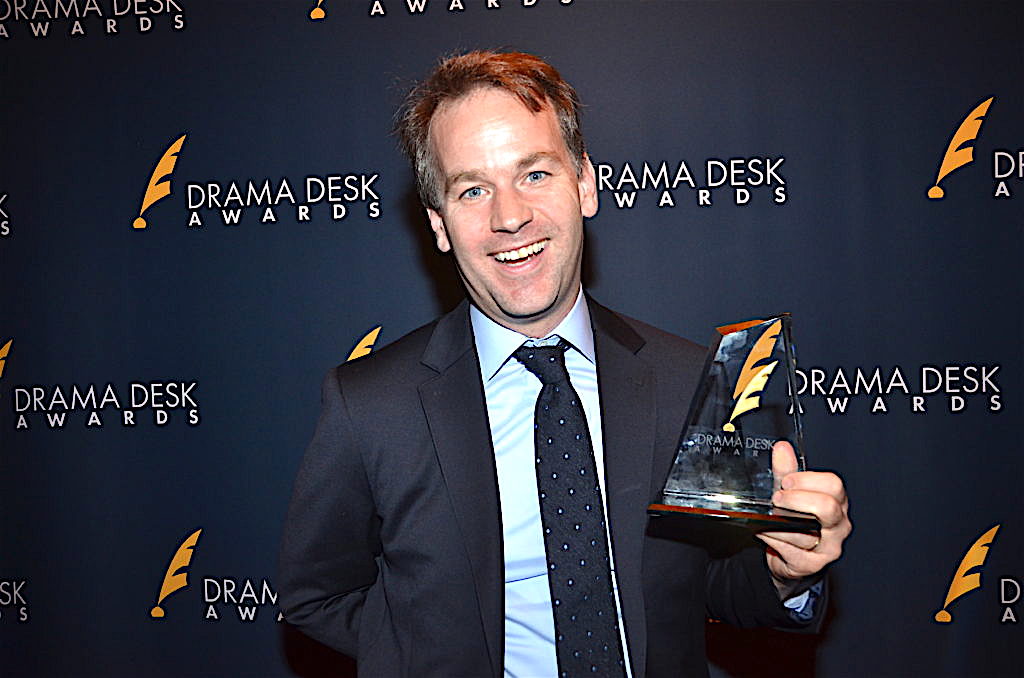 July 11, 2021: The gifted comedian, Mike Birbiglia, who happens to be a best-selling author and an actor, also won the 2019 Drama Desk, Outer Critics Circle, and Lucille Lortel Awards for his solo show, The New One. He was performing that show on Broadway when the pandemic hit, so Birbiglia went from Broadway to Zoom. And now he is back gracing stages and Guild Hall is lucky to have him for several performances.

Tickets go on sale TODAY at 11am for their 30th Anniversary Season, COME TOGETHER, for the thrill of Live Theater.

Julie Andrews and her daughter Emma Walton Hamilton will read their children’s book, Simeon’s Gift, on Saturday @10:30 am via Zoom. This is the final segment in the Bay Street Theater online series.

May 10, 2021:  The final segment for Bay Street Theater’s Storytime will be Julie Andrews and her daughter, Emma Walton Hamilton, co-authors of the children’s book, Simeon’s Gift. The reading is the final Zoom segment for Storytime, an eight-part online program of children’s book readings by authors from the East End and New York. The series is an interactive and engaging experience, where children and their families can enjoy live readings. Julie and Emma will read Simeon’s Gift, their most recent children’s book, during a Zoom session on Saturday, May 15th @ 10:30 am. A Q&A will follow. An access link will come, by email, with confirmation. To purchase tickets: 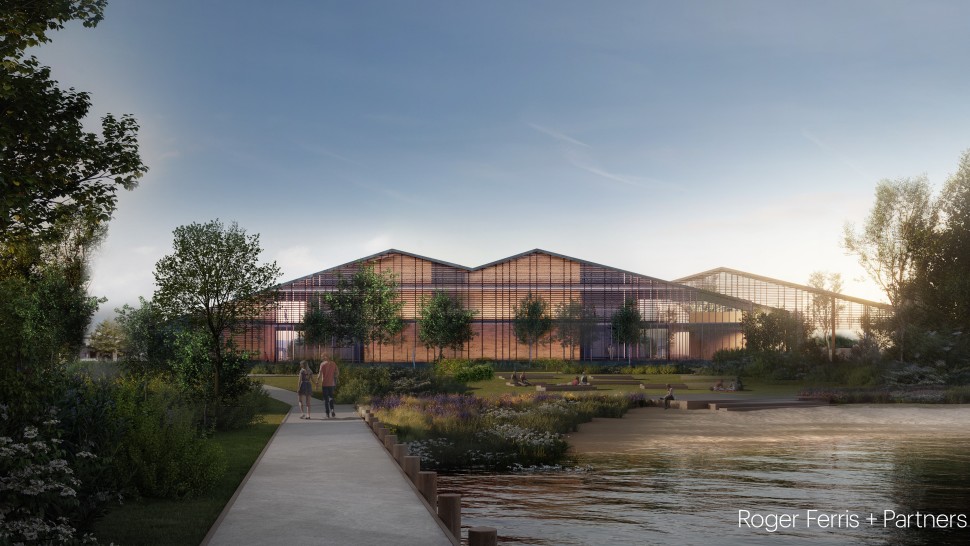 New Home for Bay Street Theater to be completed by 2023

April 8, 2021:  At a zoom press conference on Tuesday morning Bay Street Theater in Sag Harbor announced their exciting plans for 22 Long Island Avenue, the property the not for profit purchased in October for 13.9 million dollars. The goal was to create a new “state of the art” purpose built home at the entrance to Sag Harbor with two theaters and facilities to accommodate their year- round educational programs. 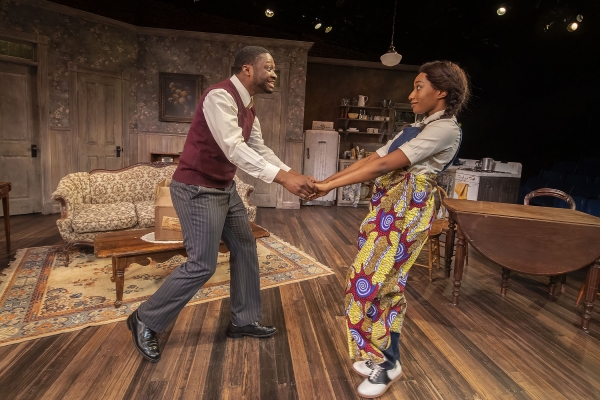 A Raisin in the Sun, a classic play by Lorraine Hansberry, at Bay Street Theater in Sag Harbor through December 1, 2019.

November 17, 2019: Bay Street Theater in Sag Harbor is presenting a searing production of Lorraine Hansberry’s A Raisin in the Sun, directed by Lydia Fort. Literature live, now in its 11th season at Bay Street Theater, is staging the classic, which is celebrating the sixtieth anniversary of the play’s first production on Broadway.  Literature Live brings classic works to middle and high school students for free. Since the program began 11 years ago over 30,000 students have seen live theater at Bay Street, many for the first time. 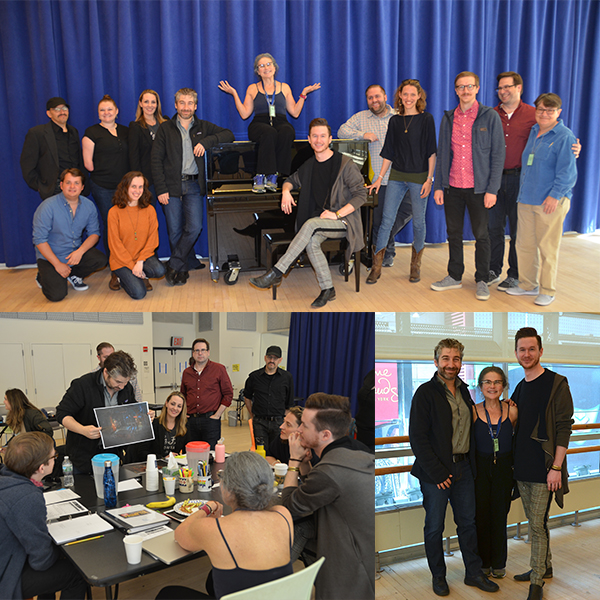 The Prompter begins performances on May 28th  at Bay Street Theater in Sag Harbor.

A behind the scenes peak at Bay Street Theaters upcoming production of The Prompter.
Photography: Barry Gordin 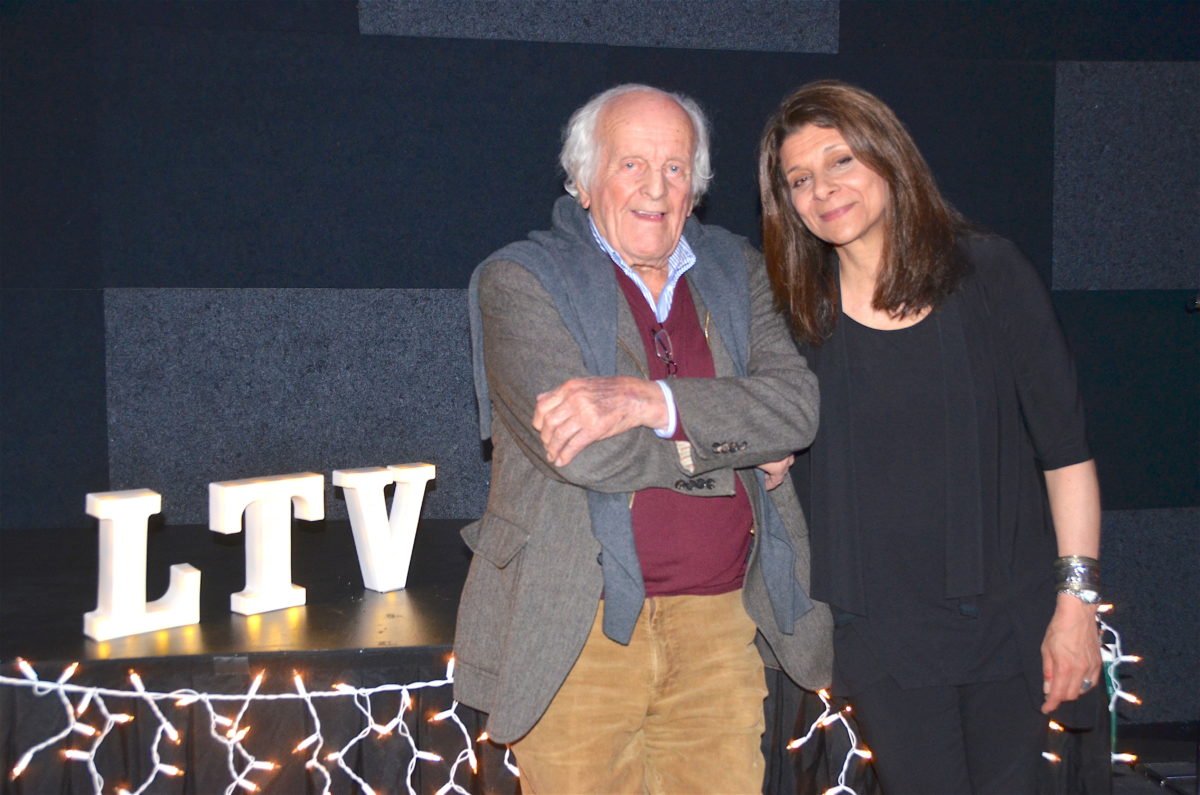 May 4, 2019:  On Friday evening LTV Creative Director, Angela LaGreca, hosted and performed at LTV’s third creative artists salon, a unique night of comedy, music, film, scene readings, and chat, all to benefit LTV, the East End’s premier public access station and media center on Industrial Road in Wainscott.  Angela, an actress and comedian, also produces the monthly event by having talent from New York City mingle with local talent to try out new works in progress. 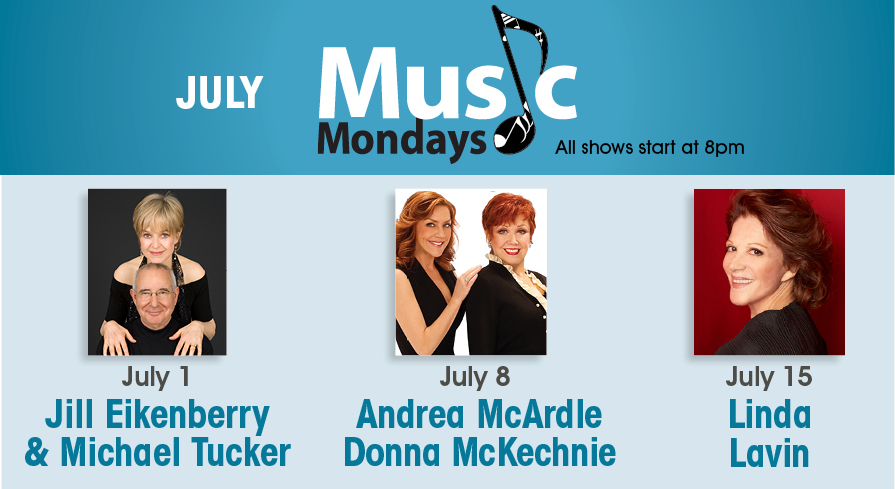 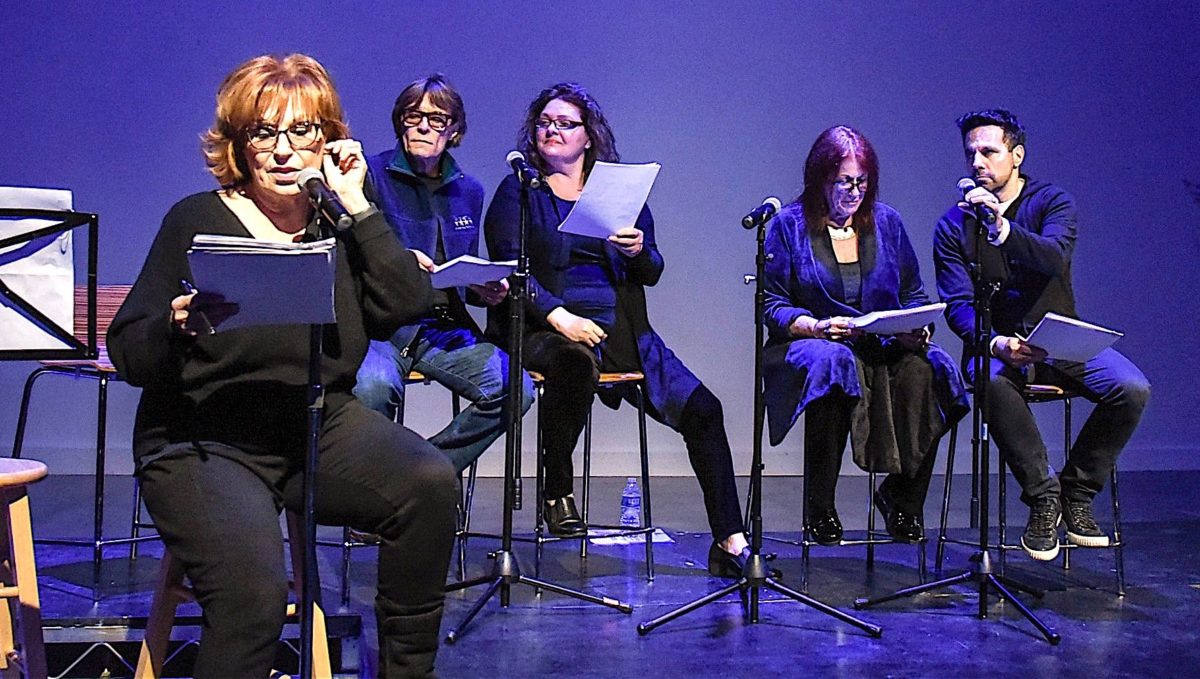 February 23, 2019:  On Friday evening LTV Creative Director, Angela LaGreca, hosted the first ever creative artists salon at LTV, East Hampton’s non-profit local access television station on Industrial Road in Wainscott.  Not only did Angela organize the event bringing in some of her celebrity friends, but she also drew on local talent and was master of ceremonies for the fun and entertaining evening.  Some of those who performed included Joy Behar, Julie Bluestone, Mario Cantone, Patrick Christiano, Steven Gaines, Irene Glezos, Bridget LeRoy, Aida Turturro, Rosario Varela, and Robert Zimmerman with musical direction by Lenny Babbish.