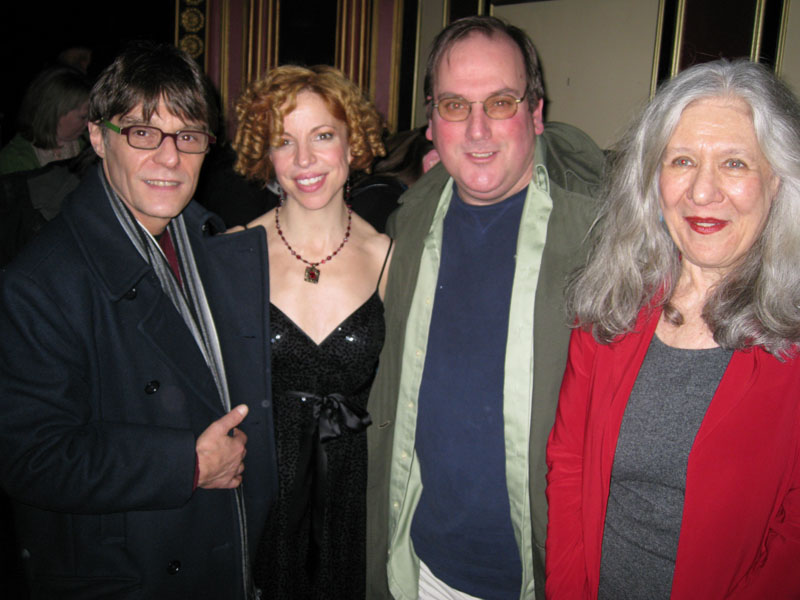 "Jersey Boys" Jennifer Naimo wowed them with her distinctive style and delicious voice at The Triad Theater, 158 West 72nd St (between Broadway and Columbus). Her smartly conceived cabaret show "Many the Miles" showcased her supple voice with a tasty choice of eclectic tunes for a true original. Directed by Andy Gale, with Musical Direction by Chris Haberl.

Bay Street Theatre, a not-for-profit professional regional theater located in the Hamptons on the magnificent Long Wharf in Sag Harbor, recently announced its 2008 Target Mainstage Season that will include Alec Baldwin, Kate Burton and Charles Busch. The season will run June 3 through August 31 and tickets are on sale now at www.baystreet.org

Tricia Walsh-Smith’s play “Addictions” will be presented in London and Los Angeles this May. The one night only events will be special benefit performance starring the film actress Trudie Styler, who has been married to the rock star Sting since 1991 and will be directed by the British actor Christopher Biggins.

BROADWAY STAGEHANDS STRIKE
Stagehands are set to strike effective 10:00 am Saturday, shutting down most of the shows on The Great White Way with a walk out that will affect all the theaters owned by the Shubert, Nederlander, and Juyamcyn organizations. Talks between Local One, the union for the stagehands, and the producers came to a head this Wednesday and Thursday with the union setting the Saturday deadline. Stagehands have been working without a contract since July, when negotiations began and. Actors' Equity announced support for the strike on their website. Both sides appear prepared to dig in, with little indication as to how long a walk out might last. The musicians strike in 2003 shutdown Broadway for four days, an estimated $5 million loss at that box office. The New Amsterdam, Hilton, Helen Hayes, and Circle in the Square are not affected as well as the four non profit houses, Roundabout, MTC, and Lincoln Center – theaters with a separate contract with the union. Also not affected are all Special Events and Off- Broadway shows.

One of the nicest guys in the business, Tony Walton the gifted set designer, whose career encompasses Theater, Film, & Opera was honored by the National Arts Club at a festive dinner celebration presided over by Tony Award winner Jim Dale. Legendary friends like Sidney Lumet, Richard Pilbrow and Mike Nichols came to lend their support to "A Night The Stars Come Out," organized by Rose Billings (Governor of the NAC) as a loving tribute to Mr. Walton's ongoing career. Still working more than ever, Mr.Walton has now turned increasing to Directing. He was inducted into the Theater Hall of Fame in 1991. Photography: Barry Gordin

The producers and Labor Union Local 1 came to a settlement late November 28 opening the door for the curtain to go up on Broadway. The strike lasted 19 days, shutting down 26 of the 35 shows on the Great White Way, at a reported cost of nearly $40 million. The union has 10 days to ratify the tentative agreement. Most shows plan to re-open for the Thursday evening performance November 29. Check with the theater to be certain.

“Answered prayers” indeed! After 19 days of rigorous negotiations the stagehand’s strike is finally over and the Broadway community staged a party by giving a free public concert, BROADWAY’S BACK, headed by theater legends Angela Lansbury and Bernadette Peters. Bob Martin hosted the show which The League of American Theatres and Producers put together in just over 12 hours.

The event featured cast members from dozens of Broadway shows on stage in costume at the Marquis Theater, where Mr. Martin performs in The Drowsy Chaperone, his Tony and Drama desk award winning musical. Right at home Martin was a witty host, but the highlight was the Irving Berlin classic “There’s No Business Like Show Business” given a special twist, the lyrics were adapted to fit the occasion. The cast and audience sang along with Ms. Peters in a unified spirit of thanks making a blissfully memorable moment. Seth Rudetsky, currently in the revival of The Ritz, led a full orchestra for the occasion.

“Broadway’s long dark night is over,” said Mr. Martin. The lights are shinning brightly all along the Rialto and this will be a joyous holiday season after all.

This Thanksgiving Weekend the Bay Street Theatre in Sag Harbor will present the World Premiere of “Simeon’s Gift,” a new hour long musical adapted from the 2003 best-selling picture book of the same name by Julie Andrews and her daughter Emma Walton Hamilton. The two women, who together have written 17 children’s books, have provided the script for the musical as well, but this will be the first time one of their books has ever been developed for the stage. A dynamic team of collaborators, both behind the scenes and on the stage, have come together to mark the occasion.

Adam Rapp’s new one act Bingo With The Indians opened at The Flea on November 8, 2007. Directed by the playwright the tale is a fascinating jumble, but nonetheless hauntingly memorable with an excellent cast that features an outstanding performance by Evan Enderle as Steve, the story’s emotional center. Bingo sets a disgruntled East Village theater company in a seedy New England motel, where they have come to rip off the local bingo game. Rapp, a prolific writer, novelist, filmmaker, and a Pulitzer Prize finalist for Red Light Winter, always bears watching and Bingo With The Indians is no exception. 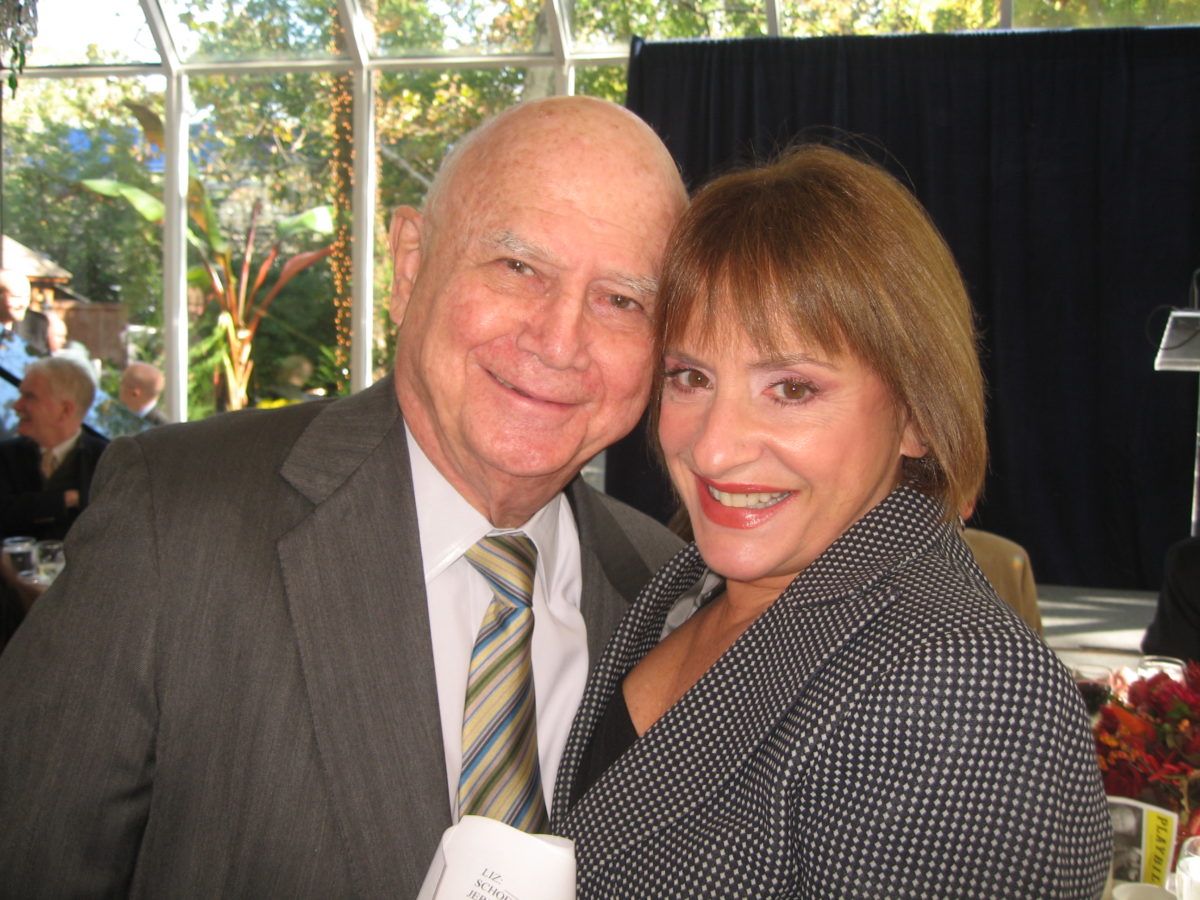 Live Out Loud, one of New York’s best non-profit organizations for lesbian, gay, bisexual, and transgender (LGBT) youth, will hosted a special benefit performance of Charles Busch’s Die Mommie Die on October 10 @8pm at New World Stages, 340 West 50th Street. Die Mommie Die is one of the most-anticipated new comedies of the fall season, described as a riotous thriller set in the glamorous world of 1960s Hollywood. Die Mommie Die is written by and starring drag legend Charles Busch as Angela Arden and Emmy Award nominee Van Hansis as Lance. The play is directed by Carl Andress and presented by Bob Boyett and Daryl Roth.
Check out the Photographs Below from the evening…Barry Gordin

The Coast of Utopia and Spring Awakening were the big winner at the 2006/2007 Drama Desk Awards winning Outstanding Play and Outstanding Musical respectively in an evening that featured many wins by our British colleagues.
British playwright, Tom Stoppard's epic trilogy of 19th century Russian intellectuals,The Coast of Utopia, stunningly produced by Lincoln Center took home 7 awards at the ceremony hosted by Broadway darling Kristin Chenoweth. Besides being named Outstanding Play the saga won for Director Jack O'Brien and Martha Plimpton, Featured Actress in a Play, as well as awards for Sets, Lighting, and Costumes.