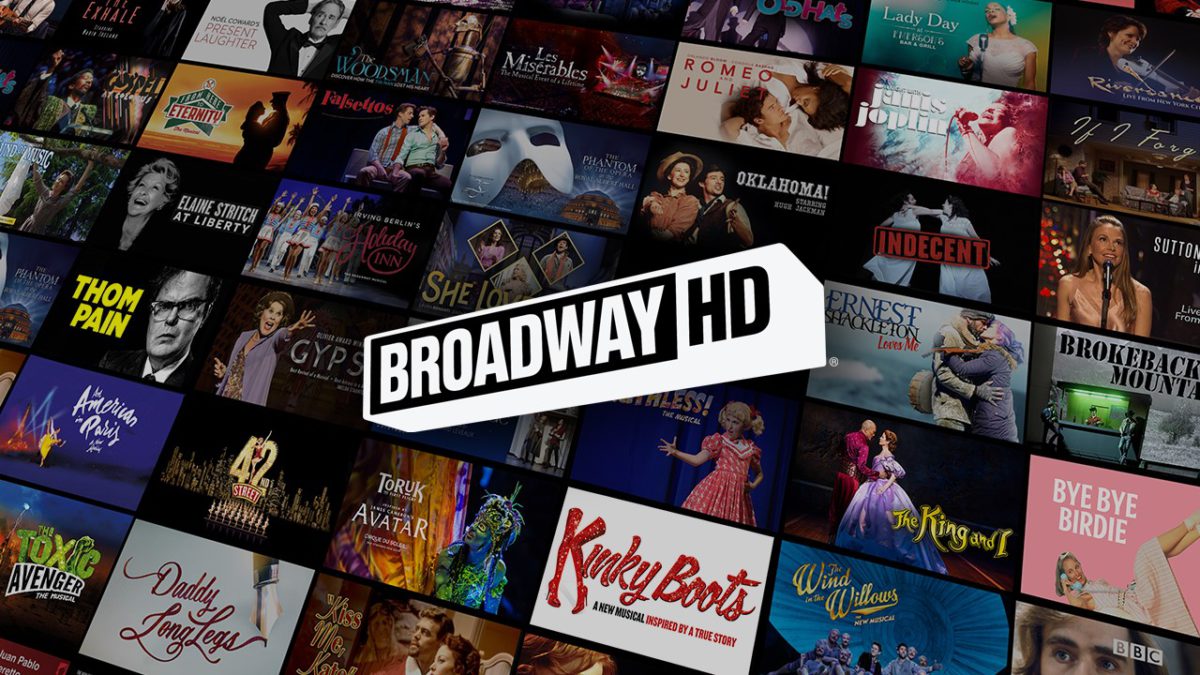 Although women buy 68% of the tickets to Broadway shows, women are underrepresented in creative roles. Out of the 37 new shows on Broadway last season, only four productions were directed by women, only three shows were written by women, less than 40% of the characters were female, and 20% of the shows had no female creatives on the teams.

For a full list of shows available on the playlist, see below:

Indecent – Indecent is inspired by the true events surrounding the controversial 1923 Broadway debut of Sholem Asch’s God of Vengeance—a play seen by some as a seminal work of Jewish culture, and by others as an act of traitorous libel. The play charts the history of an incendiary drama and the path of the artists who risked their careers and lives to perform.  Written by Pulitzer Prize winning Paula Vogel and directed by Tony winning Rebecca Taichman.

ANN –  Ann is a no-holds-barred portrait of Ann Richards, the legendary governor of Texas.  This inspiring and hilarious new play brings us face to face with a complex, colorful and captivating character bigger than the state from which she hailed.  Written and performed by Emmy® Award winner Holland Taylor (“Two and a Half Men”), ANN takes a revealing look at the impassioned woman who enriched the lives of her followers, friends and family.

Elaine Stritch At Liberty – Elaine Stritch, in her late 70’s, took the stage for 2 ½ hours wearing only a man tailored button down shirt and tap pants and tights, for a critically-acclaimed performance about her historic career. At Liberty won a Tony Award in June 2002 for Special Theatrical Event, but Stritch’s triumph was tempered when she was not allowed to complete her acceptance speech. Her response to it here is just one of the touching moments in a remembrance of her legacy.

Donmar Warehouse’s Henry IV – On the heels of the Donmar’s revelatory production of Julius Caesar, director Phyllida Lloyd has set Henry IV, against the backdrop of women in prison. Harriet Walter, “one of the best Shakespeareans alive” will once again lead a diverse and exciting all-female cast in Shakespeare’s monumental history play which travels to the heart of family, duty and country.

Donmar Warehouse’s Julius Caesar – Power, betrayal, justice. Phyllida Lloyd directs a cast including Dame Harriet Walter in Shakespeare’s great political drama. Part of the Donmar Warehouse’s all-female Shakespeare Trilogy. Set in the present day in the world of a women’s prison, Julius Caesar could not be more timely as it depicts the catastrophic consequences of a political leader’s extension of his powers beyond the remit of the constitution. As Brutus (Harriet Walter) wrestles with his moral conscience over the assassination of Julius Caesar (Jackie Clune), Mark Antony (Jade Anouka) manipulates the crowd through his subtle and incendiary rhetoric to frenzied mob violence. There follows the descent of the country into factions and the outbreak of civil war.

Donmar Warehouse’s The Tempest – Set on an isle “full of noises,” this magical, all-female production sees Succession star Harriet Walter take on the role of Prospero, in Shakespeare’s evocation of the eternal struggle for liberation, morality, and justice.

Peter Pan – The Tony-Nominated Broadway revival of Peter Pan starring Cathy Rigby tells the classic tale of the young boy who refuses to grow up. When Peter Pan meets the Darling children, he takes them on an adventure to Neverland, where they learn to fly, defeat the evil Captain Hook, and are changed forever.

Hetty Feather – From the best-selling author Jacqueline Wilson, the tale of plucky Hetty Feather is brought thrillingly to life on stage by award-winning scriptwriter Emma Reeves (CBBC’s The Story of Tracy Beaker) and by Olivier Award-nominated director Sally Cookson, whose many five star productions include Peter Pan, We’re Going on a Bear Hunt, and Stick Man.  With an original musical score by Benji Bower, circus skills and a huge heart, Hetty Feather is a terrific adventure story! Starring BAFTA-nominated actress Phoebe Thomas in the title role, this production of Hetty Feather was filmed from the 2015 Olivier nominated production on the West End in London.

Ernest Shackleton Loves Me – This wildly inventive musical adventure tells the story of a sleep-deprived single mom who struggles to balance her family and career as a video game music composer. Late one night, while posting a dating video, she receives an unexpected response from the polar explorer Sir Ernest Shackleton (1874-1922), one of the most iconic leaders of the 20th century. Shipwrecked and stranded on an iceberg in the Antarctic, Shackleton reaches across space and time to share his heroic journey with her. Against all odds, they discover that their greatest inspiration lies within each other.

Additional Trailblazers rails will be debuted by BroadwayHD in the coming months.

BroadwayHD introduces award-winning theater fro all across the globe with both classic and modern productions.  Fans can expect to see the full works of Shakespeare, awe-inspiring performances from Cirque du Soleil and a selection of the world’s greatest musical including Kinky Boots, Cats, 42nd Street, She Loves Me, The Phantom of The Opera, The King and I, Sound of Music, and An American in Paris. All performances are adapted specifically for streaming audiences to maximize the entertainment experience.  To learn more about BroadwayHD, visit www.broadwayhd.com.