September 17, 2022: BroadwayHD, the premiere streaming service for live theatre, announced they will debut the exclusive worldwide release of Broken Wings: The Musical  and Sasha Regan’s All-Male H.M.S. Pinafore to their platform on September 22nd. 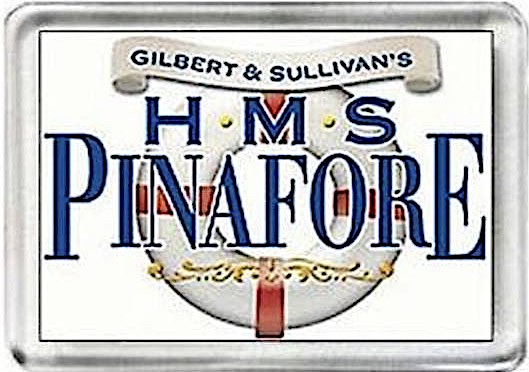 September 17, 2022: BroadwayHD, the premiere streaming service for live theatre, announced they will debut the exclusive worldwide release of Broken Wings: The Musical and Sasha Regan’s All-Male H.M.S. Pinafore to their platform on September 22nd.

These world class stage productions will transport viewers back in time and through history, highlight the trials and tribulations of love and family that push boundaries and challenge societal expectations, and entertain from beginning to end.

Viewers will experience a world of love and social class on the high seas in Gilbert and Sullivan’s satirical comedy H.M.S. Pinafore. Directed by Sasha Regan, and performed by her award-winning All-Male Company, HMS Pinafore tells the story of Josephine (Sam Kipling), the daughter of Captain Corcoran (Juan Jackson), who expects her to marry the First Lord of the Admiralty Sir Joseph Porter (David McKechnie). However, trouble arises when she falls in love with lower-class sailor Ralph Rackstraw (Danny Becker), against her father’s wishes.

Finally, audiences will be transported back two decades and across two continents to turn-of-the-century Beirut in poet Kahlil Gibran’s, author of The Prophet, moving 1912 masterpiece,Broken Wings, an autobiographical tale of tragic love. Broken Wings: The Musical follows a young Gibran as he returns to The Middle East from the US and falls deeply in love with a woman named Selma. Gibran and Selma fight to reconcile their love for one another while navigating through the rules, traditions and expectations their society places before them. Featuring Book Music & Lyrics by West End star Nadim Naaman (‘The Phantom of the Opera’) and Music and Lyrics by Dana Al Fardan, one of the Middle East’s leading contemporary composers. Broken Wings is directed by Bronagh Lagan, with orchestrations by Joe Davison.

Stewart F. Lane and Bonnie Comley, co-founders of BroadwayHD said, “We are honored to present the world premiere of these phenomenal live captures on our streaming platform. Now, our viewers can embark on the unforgettable journeys in H.M.S. Pinafore, and Broken Wings, all from the comfort of home.”

BroadwayHD introduces award-winning theatre from all across the globe with both classic and modern productions. Fans can expect to see the full works of Shakespeare from the Royal Shakespeare Company, and a selection of the world’s greatest musicals including Kinky Boots, Cats, 42nd Street, She Loves Me, Les Misérables, Rodgers & Hammerstein’s The Sound of Music, and An American in Paris. All performances are adapted specifically for streaming audiences to maximize the entertainment experience

Founded in 2015 by Tony Award®-winning producers Stewart F. Lane and Bonnie Comley BroadwayHD is the premier streaming service offering premium full-length stage plays and musicals captured specifically for multi-platform viewing to theatre fans across the globe. In addition to exclusive live-streamed content of the world’s best productions, Broadway offers subscribers unlimited on-demand access to a library of more than 300 theatre productions from Broadway, The West End and beyond. If You Can’t Get to Broadway, Get to BroadwayHD.