Beat the Heat with a variety of Summer blockbuster titles from BroadwayHD including Cats, The Phantom of the Opera, Les Misérables, Hair, and more.

July 18, 2022: BroadwayHD, the premiere streaming service for theatre fans across the globe, has an array of stunning musicals to cool off with, right from the comfort of your own home. The Summer blockbuster titles include Cats, The Phantom of the Opera, Les Misérables, Hair, and more. 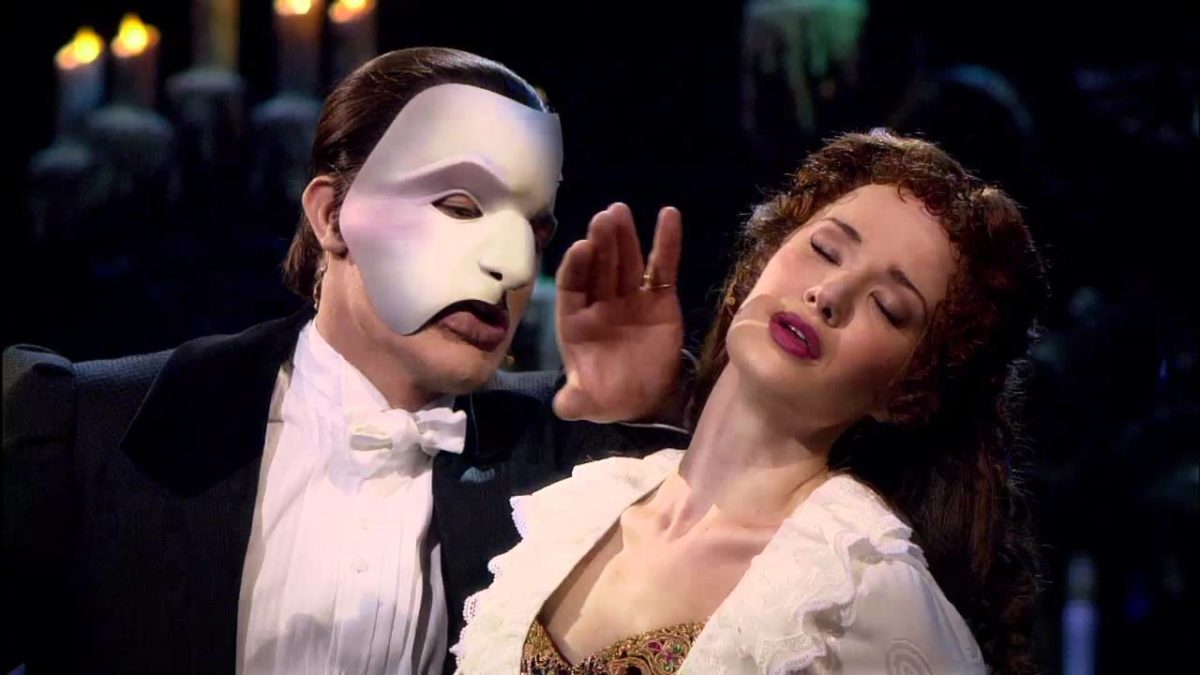 Beat the Heat with a variety of Summer blockbuster titles from BroadwayHD including Cats, The Phantom of the Opera, Les Misérables, Hair, and more.

July 18, 2022: BroadwayHD, the premiere streaming service for theatre fans across the globe, has an array of stunning musicals to cool off with, right from the comfort of your own home. The Summer blockbuster titles include Cats, The Phantom of the Opera, Les Misérables, Hair, and more.

The Phantom of the Opera at the Royal Albert Hall – In celebration of the 25th Anniversary of Andrew Lloyd Webber’s The Phantom of the Opera, Cameron Mackintosh produced a unique, spectacular staging of the musical on a scale which had never been seen before. Inspired by the original staging by Hal Prince and Gillian Lynne, this lavish, fully-staged production set in the sumptuous Victorian splendor of London’s legendary Royal Albert Hall features a cast and orchestra of over 200, plus acclaimed performances by Sierra Boggess as ​​Christine Daaé and Ramin Karimloo as The Phantom.

Les Misérables: 25th Anniversary – In celebration of 25 amazing years of the landmark musical, Les Misérables marked the momentous occasion with two magnificent sell-out performances at The O2, and live relays to cinemas around the world where audiences also stood, clapped, cried and cheered. This live recording of the extraordinary event presents an awe-inspiring spectacle, with a phenomenal international star cast that includes Nick Jonas, Matt Lucas, Lea Salonga, and Alfie Boe.

Hair – Hair is the groundbreaking 1979 rock musical that paved the way for others like it. In New York City for the first time while on his way to enlist in the U.S. Army during the Vietnam War, Oklahoma farm hand Claude Hooper Bukowski (John Savage) meets up with a freewheeling group of Central Park hippies led by the irrepressible George Berger (Treat Williams). When the unlikely friends meet upper-middle-class debutante Sheila Franklin (Beverly D’Angelo), sparks fly between the country boy and the city girl, and Berger’s troupe attempts to keep the young lovers together.

Cats – One of the longest-running hits in the history of Broadway and the West End, Andrew Lloyd Webber’s Cats has been specially restaged for this video presentation, which captures all the music and movement of the original stage production with an uncommon intimacy and depth. It tells the story of a tribe of cats called the Jellicles and the night they make the “Jellicle choice” by deciding which cat will ascend to the Heaviside layer and come back to a new life. The all-star ensemble cast includes Elaine Paige, Susan Jane Tanner, and Ken Page.

42nd Street – Get those “dancing feet” ready with this captivating filmed edition of the critically-acclaimed West End production of 42nd Street. This global sensation tells the story of Young Peggy Sawyer (Clare Halse), who is fresh off the bus from small-town America and just another face in the chorus line on Broadway’s newest show. But when the leading lady gets injured, Peggy might just have the shot at stardom she’s always dreamed of. BroadwayHD filmed the stage show in collaboration with the late, great theater producing and directing visionary Mark Bramble – who co-wrote the book for the original 1981 Broadway production – and Ross MacGibbon. The BroadwayHD production of 42nd Street, which he helped direct and edit for screen, marks one of Bramble’s last theater projects before passing away in 2019. The cast also includes Bonnie Langford and Tim Lister. Please note: The movie version will be available on BroadwayHD in September!

Miss Saigon: 25th Anniversary – This extraordinary presentation of the legendary musical was filmed in front of a live audience at the 25th anniversary performance at London’s Prince Edward Theatre and is now available to stream on BroadwayHD. Miss Saigon tells the emotional and tragic story of an American GI who falls in love with a Vietnamese bargirl in Saigon during the Vietnam War. The cast includes Jon Jon Briones as The Engineer, Eva Noblezada as Kim, Alistair Brammer as Chris, Hugh Maynard as John, Tamsin Carroll as Ellen and Rachelle Ann Go as Gigi. A special finale features original cast members Jonathan Price, Lea Salonga and Simon Bowman.

Joseph and the Amazing Technicolor Dreamcoat – Tim Rice and Andrew Lloyd Webber’s first musical blockbuster comes to the screen in this production starring icon Donny Osmond, who racked up over 1,800 stage performances in the title role and delivers here a truly winning performance! Based on the biblical story of Joseph and his coat of many colors, this tale follows as Joseph (Osmond), the favorite son of Jacob (Academy Award-winner Sir Richard Attenborough), is sold into slavery by his jealous brothers only to become one of the most powerful men in Egypt after currying favor with the pharaoh. This is a rousing, family-friendly adventure also starring Joan Collins. Available to stream now on BroadwayHD.

Billy Elliot: The Musical – Based on the beloved film and winner of 10 Tony Awards® including Best Musical, Billy Elliot: The Musical Live from London’s West End is a celebration of one of the world’s most popular and successful stage shows. With music by the legendary songwriter Elton John, Billy Elliot (Elliott Hanna) is a modern-day fairy tale of a young boy who exchanges boxing gloves for ballet shoes. Billy’s story is set during the 1980’s miner’s strike in northern England, where his determination inspires an entire community. From the creative team behind the original film and music legend Elton John, this story of self-discovery, determination, love, and hope is brought to life in this funny, uplifting, and spectacular experience that you’ll want to experience again and again! Contains adult language.

Broadway HD, founded in 2015 by Tony Award®-winning producers Stewart F. Lane and Bonnie Comley, is the only streaming service offering premium full-length stage plays and musicals captured specifically for multi-platform viewing to theatre fans across the globe. In addition to exclusive live-streamed content of the world’s best productions, Broadway offers subscribers unlimited on-demand access to a library of more than 300 theatre productions from Broadway, The West End and beyond. If You Can’t Get to Broadway, Get to BroadwayHD