July 2, 2021: Second Stage has announced dates for its 2021-22 on and Off-Broadway season, bringing the NYC post-COVID theater schedule into sharper focus. The company will open with two-time Pulitzer Prize winner Lynn Nottage’s Clyde’s premiering at the Hayes Theater with previews beginning Nov. 3 and an opening set for Nov. 22. 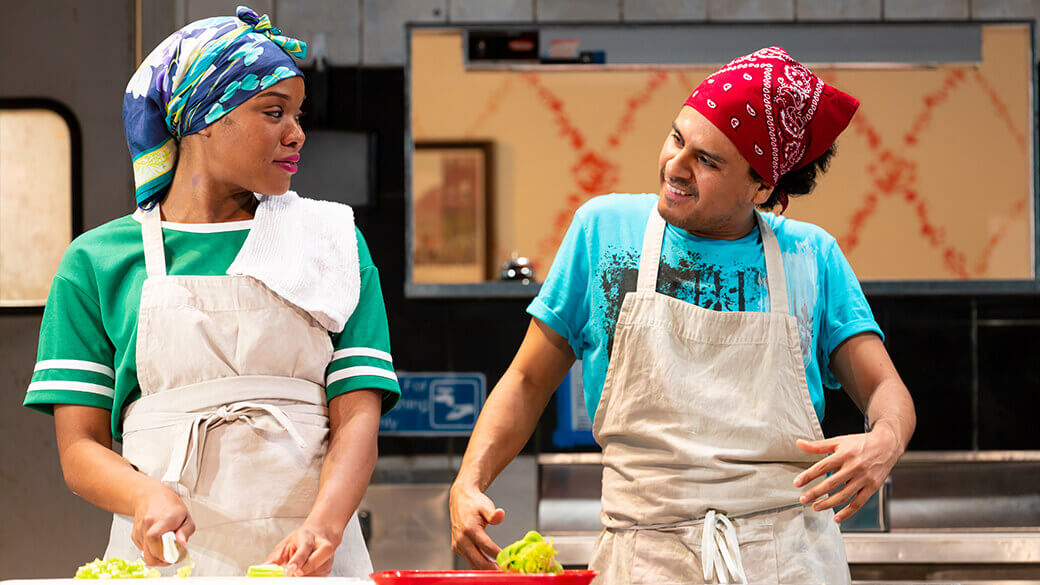 July 2, 2021: Second Stage has announced dates for its 2021-22 on and Off-Broadway season, bringing the NYC post-COVID theater schedule into sharper focus. The company will open with two-time Pulitzer Prize winner Lynn Nottage’s Clyde’s premiering at the Hayes Theater with previews beginning Nov. 3 and an opening set for Nov. 22. The play, previously titled Floyd’s appeared at the Guthrie Theater in 2019 and is set in a truck stop diner where the tough-talking female owner hires ex-convicts. The title was changed, presumably to avoid confusion with George Floyd, the African-American man who was killed by former Minneapolis police officer Derek Chauvin. Nottage will also be represented this season by MJ, the Michael Jackson bio musical for which she wrote the book, and an operatic adaptation of her New York Drama Critics Circle Award winning play Intimate Apparel. In related news, Tony nominee Ephraim Skyes will be replaced in the title role of MJ by newcomer Myles Frost. Skyes cited scheduling conflicts as the reason for departing the show which has been delayed many times, not just by the COVID pandemic.

Second Stage’s Broadway season continues with a revival of Richard Greenberg’s Tony-winning Take Me Out, the 2002 drama about the first out gay major league baseball player. The play will be all the more relevant since the NFL has had its first out active player. Previews begin March 9, 2022 and the show opens April 4. Dates are yet to be announced for Stephen Aldy Gurgis’ Between Riverside and Crazy, set to play the Hayes in the fall of 2022.

Off-Broadway at the Kiser Theater, there will be two new Second Stage productions. Rajiv Joseph’s Letters of Suresh previews Sept. 14 and opens Oct. 4. The play, a companion piece to the author’s Animals Out of Paper, follows the interconnections of a group of strangers through a series of letters. J.C. Lee’s To My Girls will then start previews March 22 and open April 14. This comedy-drama is centered on a group of gay friends gathering in Palm Springs after the pandemic. Sounds a bit like an updated version of Terrence McNally’s Love! Valour! Compassion! which featured a gay group recovering from the AIDS crisis in an upstate New York weekend house.

This Second Stage season is much smaller in scale then previous ones with only four productions total planned (two on Broadway and two Off.) This is indicative of the NYC theater in general in a post-COVID world. The pandemic has crippled the industry with tourism way down and box office response potentially soft. There are only 22 productions slated for the 2021-22 Broadway season. It may be years before we return to pre-pandemic levels of activity.

Oct. 5–To Kill a Mockingbird (Shubert)

Oct. 10–Chicken and Biscuits (Circle In the Square)

Oct. 16–Ain’t Too Proud: The Life and Times of the Temptations (Imperial)

April 14–To My Girls (Second Stage/Kiser)

Romeo and Bernadette: A Musical Tale of Verona and Brooklyn (possibly)

Floyd’s” which will open as “Clyde’s” on Broadway
Photo: T. Charles Erickson
Take Me Out Photo: Catherine Wessel