So many Broadway theaters are booked and so few shows are closing there is a logjam of venues this spring. Therefore many shows have announced their openings for the next fall. 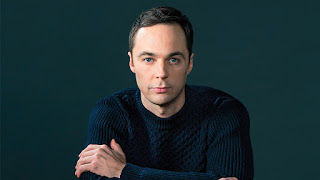 So many Broadway theaters are booked and so few shows are closing there is a logjam of venues this spring. Therefore many shows have announced their openings for the next fall. Usually a number of productions shutter right after the holiday season, but in addition to the perennials like Wicked, Lion King, and Chicago, a number of productions which received middling reviews but strong word of mouth are still going into 2018 including Anastasia, A Bronx Tale and School of Rock, as well as Tony winners Dear Evan Hansen, Come from Away, and Kinky Boots. Tracey Letts’ The Minutes has an announced opening of March 8, but no theater yet. They’d better hurry and grab one.

Glenda Jackson will return to Broadway after a 30-year absence in “Three Tall Women”.

The all-star revival of The Boys in the Band with Jim Parsons, Zachary Quinto, Matt Bomer, and Andrew Rannells had originally been slated as an April opening in order to qualify for the Tonys, but it’s just been announced as opening on May 31, meaning it will eligible for the 2019 awards. The shift may have been due to director Joe Mantello’s heavy workload. He will also be staging the revival of Three Tall Women starring Glenda Jackson in her first Broadway role in 30 years (the Scottish play with Christopher Plummer in 1988 was her last) which opens just two months earlier on March 29. Laurie Metcalf and Alison Pill are the other two women.

Additional shows making early announcements for 2018-19 include To Kill a Mockingbird, Getting the Band Back Together, King Kong, The Prom, Pretty Woman, a Kiss Me, Kate revival from Roundabout starring Kelli O’Hara, and the Cher Show. Cher is not the only pop artist to have a musical based on her life and/or work in the planning stages. Others include Summer: The Donna Summer Musical (which has booked the Lunt-Fontanne for this April according to Michael Riedel of the NY Post), Ain’t Too Proud: The Life and Times of the Temptations, Mighty Real: A Fabulous Sylvester Musical, Jagged Little Pill (Alanis Morrisette), and a Pat Benatar musical.

Here’s a rundown of Broadway and Off-Broadway openings as well as dates for award nominations and ceremonies for 2018 and beyond.

Jan. 30–He Brought Her Heart Back in a Box (TFANA/Polonsky Shakespeare Center)

Home for the Holidays