July 8, 2022: Summertime and the livin’ is easy. Fewer shows are opening so my life isn’t quite so hectic. But we do have some news of Broadway openings and changes for the fall season. Two productions from London have confirmed Broadway transfers and a previously announced new musical has landed a theater and shifted its dates. 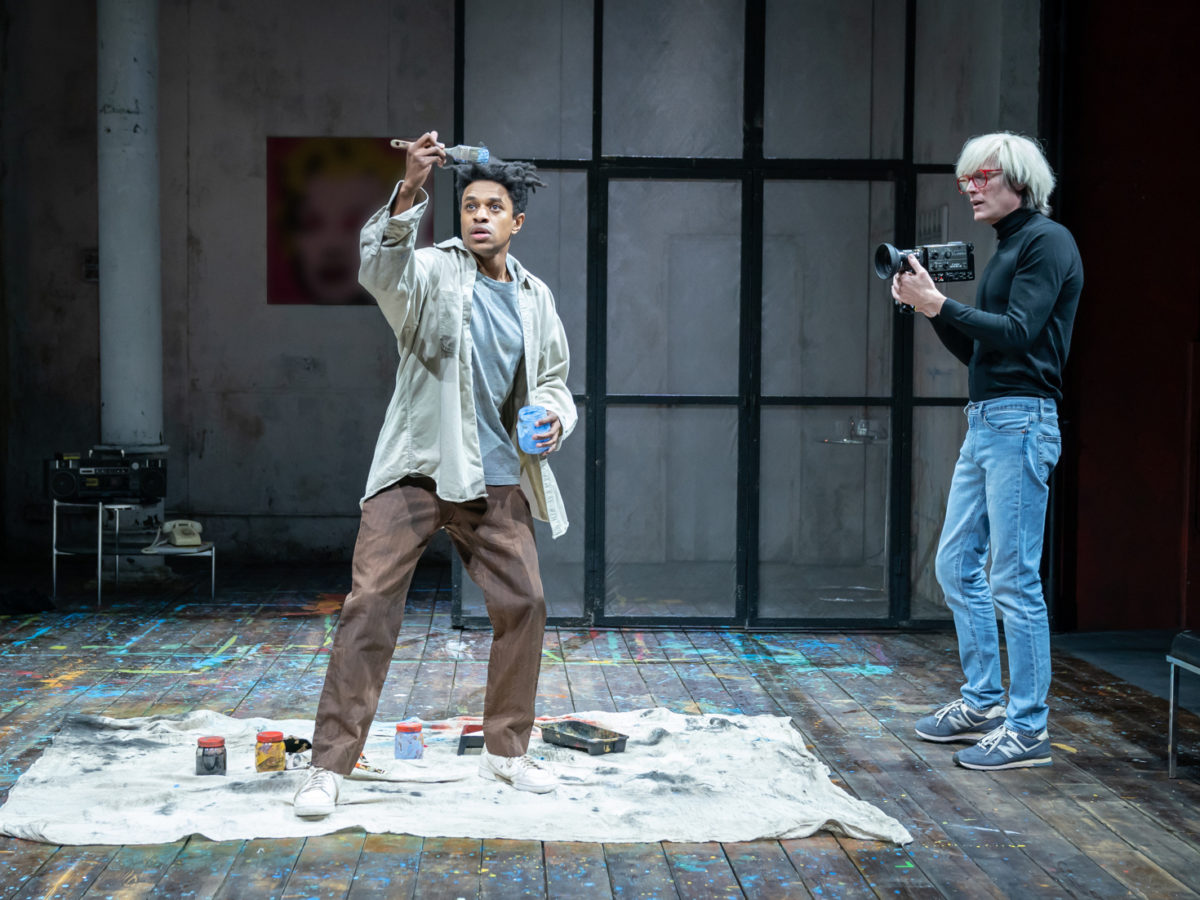 July 8, 2022: Summertime and the livin’ is easy. Fewer shows are opening so my life isn’t quite so hectic. But we do have some news of Broadway openings and changes for the fall season. Two productions from London have confirmed Broadway transfers and a previously announced new musical has landed a theater and shifted its dates.

The Collaboration, a new play by Oscar nominee Anthony McCarten (The Two Popes, The Theory of Everything, Bohemian Rhapsody) focusing on the relationship between artists Andy Warhol and Jean-Michel Basquiat, will open on Broadway as part of Manhattan Theater Club’s season at the Samuel J. Friedman Theater after a hit London run at the Young Vic. Previews begin Nov. 29 in advance of a Dec. 20 opening. McCarten is also the book-author of A Beautiful Noise: The Neil Diamond Musical which will open Dec. 4 at the Broadhurst.

Paul Bettany and Jeremy Pope will repeat their London performances as Warhol and Basquiat. The play, directed by Kwame Kwei-Armah, artistic director of the Young Vic, takes place in 1984 when the two influential artists were working together on what would become one of the most famous exhibitions in modern art history. Bettany, best known for his film work including several Marvel Universe films as The Vision and A Knight’s Tale, A Beautiful Mind and Master and Commander: The Far Side of the World, will be making his Broadway debut. Pope recently achieved the rare feat of receiving two Tony nominations in the same season–for Choir Boy and Ain’t Too Proud: The Life and Times of the Temptations. He also received an Emmy nomination for the Netflix mini-series, Hollywood.

The Collaboration will follow MTC’s staging of Cost of Living at the Friedman, but no specific dates have been announced yet for that production.

Note: While this show adds to the number of new British plays planned for Broadway, there are no new original American plays which have not been seen previously Off-Broadway, with definite Broadway dates for 2022-23.

The second London show coming our way is & Juliet, a new musical envisioning an alternative ending for Shakespeare’s star-crossed heroine. The musical which is still playing in the British capital and is currently having its North American premiere in Toronto, will begin previews at the Sondheim Theater on Oct. 28 and open there on Nov. 17. The book by Schitt’s Creek writer David West Reid imagines what would happen if Juliet decided not to off herself after Romeo dies. The score features pop hits by Max Martin who has worked with Britney Spears, the Backstreet Boys and Katy Perry. These include “Since U Been Gone,” “Roar,” “Baby One More Time,” “That’s the Way It Is,” and “Can’t Stop the Feeling!”

Meanwhile, Almost Famous, the musical version Cameron Crowe’s autobiographical 2000 film about his time as a teen rock critic, has found a theater and pushed back its preview and opening dates. The show had previously announced a September start date for previews with an Oct. 11 opening. Famous will now begin previews on Oct. 3 and opening on Nov. 3 at the Bernard Jacobs Theater (where Company will be closing on July 31). The show premiered at San Diego’s Old Globe Theater in 2019.

Future–Good Night, Oscar; The Devil Wears Prada; The Griswolds’ Family Vacation; The Karate Kid; Back to the Future; Our Town; The Nanny; The Normal Heart/The Destiny of Me; Sing Street; Smash; Soul Train; The Who’s Tommy