April 2, 2022: The 2021-22 Broadway season is far from over, yet already we are getting announcements of the very busy fall portion of 2022-23. Three productions–K-POP, The Piano Lesson, and Camelot–have definite dates and/or theaters, joining the Broadway transfer of Kimberly Akimbo. K-POP, a musical centering on the titular Korean music genre, will begin previews at the Circle in the Square on Oct. 13 in advance of a Nov. 20 opening. 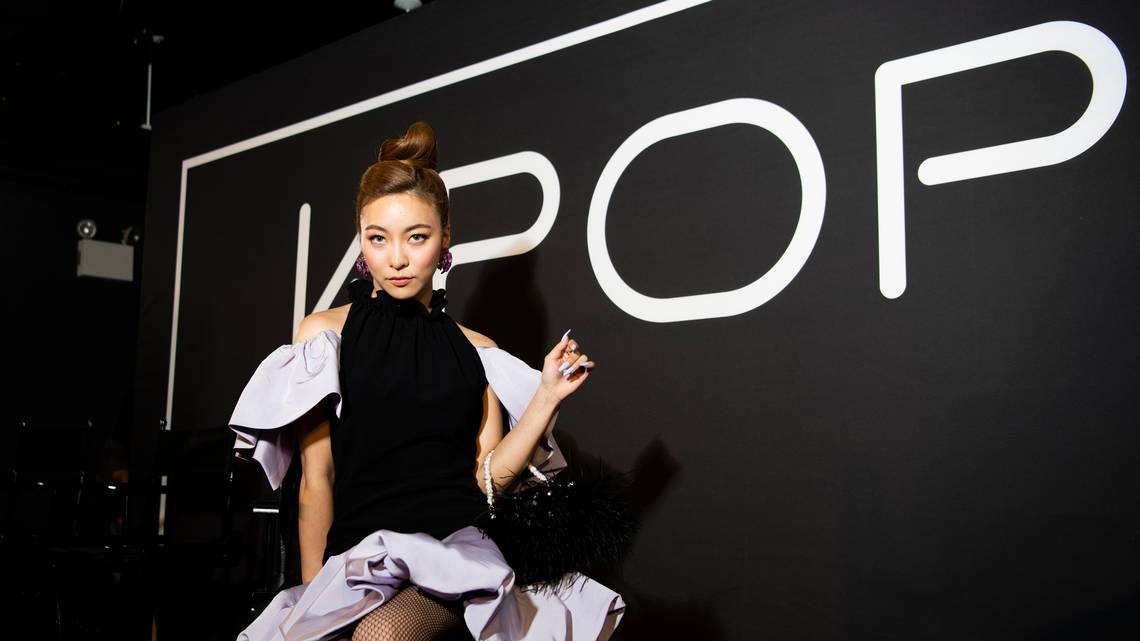 April 2, 2022: The 2021-22 Broadway season is far from over, yet already we are getting announcements of the very busy fall portion of 2022-23. Three productions–K-POP, The Piano Lesson, and Camelot–have definite dates and/or theaters, joining the Broadway transfer of Kimberly Akimbo. K-POP, a musical centering on the titular Korean music genre, will begin previews at the Circle in the Square on Oct. 13 in advance of a Nov. 20 opening. Korean pop star Luna will headline the show which had an award-winning Off-Broadway run at Ars Nova in 2017. In addition to being a music superstar, Luna has appeared in South Korean editions of such musicals as Legally Blonde, Coyote Ugly, High School Musical, In the Heights, and Mamma Mia! The 2017 run of K-Pop won three Lortel Awards including Outstanding Musical and was nominated for seven Drama Desk Awards. The original director Teddy Bergman and choreographer Jennifer Weber will return to create an immersive experience, much like their Off-Broadway production, which was conceived by Woodside Collective and Jason Kim who also wrote the book. The lyrics are by Helen Park and Max Vernon. Ma-Yi Theater Company and Woodside Collective also helped produce the original show.

A revival of August Wilson’s The Piano Lesson starring Samuel L. Jackson, who just won an Honorary Oscar, and directed by his wife Tony nominee LaTanya Richardson Jackson (A Raisin in the Sun), will begin preview performances at the St. James on Sept. 19 for 16-week limited run. John David Washington (Black Klansman) and Danielle Brooks (The Color Purple) will also star. This will be the first Broadway revival of the play which won the 1990 Pulitzer Prize. Samuel L. Jackson originated the role of Boy Willie in the play’s 1987 world premiere at Yale Repertory Theater. He will now play Doaker, Boy Willie’s uncle. The opening date and further casting are still to be announced. Set in the 1930s, The Piano Lesson is Wilson’s fourth play chronologically in his decade-by-decade series of works on the African-American experience in the 20th century. The original Broadway production starred Charles S. Dutton, S. Epatha Merkerson, Carl Gordon, and Rocky Carroll and ran for 328 performances.

“August Wilson dedicated his life and devoted his talent to dramatizing our stories and our experience,” said Richardson Jackson in a statement. “In doing so, he forever changed what it means to be Black in America. His plays built empathy, created community, and showed us the power of representation. The Piano Lesson is one of his most enduring, profound, and consequential masterpieces, and I am reveling in this opportunity to present it to Broadway audiences for the first time since its premiere.”

Camelot, the 1960 Alan Jay Lerner-Frederick Loewe musical based on the King Arthur legend and T.H. White’s The Once and Future King, will be presented in a new version with a revised book by Aaron Sorkin who did a similar rewriting job on To Kill a Mockingbird. Performances begin Nov. 3 at Lincoln Center’s Vivian Beaumont Theater with an opening set for Dec. 8. Bartlett Sher, who staged Lincoln Center’s popular revivals of My Fair Lady, South Pacific, and The King and I, directs. No word of casting yet, but it wouldn’t surprise me if Kelli O’Hara, the leading lady of South Pacific and King and I, takes Julie Andrews’ role of Guinevere. Camelot was Lerner and Loewe’s follow-up to their smash hit My Fair Lady, featuring many of the same elements–Julie Andrews, a British dramatic star who spoke his songs (Richard Burton rather than Rex Harrison), and direction by Moss Hart. The show was beset with problems during out-of-town try-outs including heart attacks suffered by both Hart and Lerner. When the show finally opened, reviews were mixed. But an appearance on the Ed Sullivan Show by Andrews and Burton led to lines at the box office. The original ran for 873 performances and there have been revivals with Burton, Richard Harris, and Robert Goulet switching from his original role of Lancelot to King Arthur.

April 12–To My Girls (Second Stage/Kiser)

Future–Our Town; Death of a Salesman; The Nanny; The Normal Heart/The Destiny of Me; Smash; Some Like It Hot; Soul Train; The Who’s Tommy