March 3, 2022: James Earl Jones, whose theatrical career spans six decades, will become the second African-American theatre artist and the only living person to have a Broadway theater named after them when the Cort Theater is renamed the James Earl Jones Theater. (Playwright August Wilson was the first African-American to be so honored.) The Cort Theater, built in 1912, has had extensive renovations done during the COVID pandemic shutdown and will be formally reopening with a dedication ceremony this coming summer. 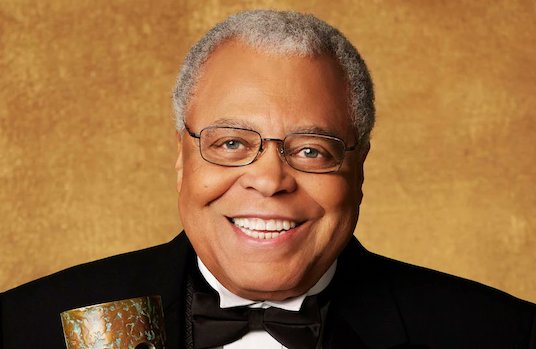 B’way Update: Cort to Be Renamed James Earl Jones; POTUS Opens in May

March 3, 2022: James Earl Jones, whose theatrical career spans six decades, will become the second African-American theatre artist and the only living person to have a Broadway theater named after them when the Cort Theater is renamed the James Earl Jones Theater. (Playwright August Wilson was the first African-American to be so honored.) The Cort Theater, built in 1912, has had extensive renovations done during the COVID pandemic shutdown and will be formally reopening with a dedication ceremony this coming summer.

Jones made his full Broadway debut in 1958 at the Cort in Sunrise at Campobello. (He was an understudy for a flop call The Egghead in 1957.) He has since won two Tony Awards for The Great White Hope (1968) and Fences (1987); seven Drama Desk Awards; the Kennedy Center Honor; a National Arts Medal; and two Emmy Awards in the same year (1990) for Gabriel’s Fire and Heat Wave. His numerous additional Broadway credits include Les Blancs, The Iceman Cometh, Of Mice and Men, Paul Robeson, Othello (opposite Christopher Plummer), On Golden Pond, Cat on a Hot Tin Roof, Gore Vidal’s The Best Man, Driving Miss Daisy, You Can’t Take It With You, and The Gin Game. At the Central Park’s Delacorte Theater, he has played the Prince of Morocco in The Merchant of Venice, Claudius in Hamlet, and the title role in King Lear (captured on video for PBS’ Theater in America series). Also Off-Broadway he appeared in The Blacks, Boesman and Lena, and The Cherry Orchard. Probably best known as the voice of Darth Vader in the Star Wars films, Jones’s movie roles range from Dr. Strangelove and The Comedians opposite Richard Burton and Elizabeth Taylor to Coming to America with Eddie Murphy to Field of Dreams.

“The Shubert Organization is so incredibly honored to put James—an icon in the theatre community, the Black community, and the American community—forever in Broadway’s lights,” said Robert E. Wankel, Shubert CEO and board chair. “That James deserves to have his name immortalized on Broadway is without question.”

“For me standing in this very building sixty-four years ago at the start of my Broadway career, it would have been inconceivable that my name would be on the building today,” said Mr. Jones of Shubert’s decision to rename the Cort Theatre in his honor. “Let my journey from then to now be an inspiration for all aspiring actors.”

In other news, a new Broadway play has been announced for this spring. POTUS: or Behind Every Great Dumbass Are Seven Great Women Trying to Keep Him Alive will begin preview performances at the Shubert Theater on April 14 with a May 9 opening for a limited engagement through Aug. 14. The plot focuses on a PR gaffe committed by a fictional president which spins into an international crisis and the seven women of his staff who save his ass.

Director Susan Stroman stated, “I could not be more excited to be headed to the Shubert Theatre this spring with Selina Fillinger and POTUS. Selina’s wickedly funny satire questions how complicit we really are in the woes of the world — and what would happen if we simply stood back instead of continuing to empower the leaders who got us to where we are in the first place. Truly, it’s an honor to work with her and this incredible cast of women. I am thrilled this comedy is part of Broadway’s return—we all need to experience a good laugh right now.”

“Growing up in Oregon, long before I could fathom working on Broadway, all I wanted was to glimpse it,” says playwright Selina Fillinger. “To be premiering my play at the Shubert, with this extraordinary cast and the legendary director, Susan Stroman, is quite literally the stuff of dreams. I hope the show offers joy, folly, and the strength to keep fighting at a time when the world needs all three.”

To Kill a Mockingbird flew away from the Shubert because its box office was weakened by the omicron surge and will fly to the Belasco to re-open in June. POTUS appears to be a summer filler for the theater until a big show (as yet unknown, possibly Andrew Lloyd Webber’s Cinderella or maybe the Off-Broadway transfer Kimberly Akimbo) arrives in the fall. It’s not clear if POTUS will be eligible for 2021-22 Tony Awards since the Tonys have not announced any firm dates for nominations or the awards ceremony itself. Normally, any show opening after the end of April is considered part of the next season, but COVID has thrown a wrench into everything. Probably POTUS will be in the running for 2022-23.

April 14–To My Girls (Second Stage/Kiser)

Future–Our Town; Death of a Salesman; K-pop the Broadway Musical; The Nanny; The Normal Heart/The Destiny of Me; Smash; Some Like It Hot; Soul Train; The Who’s Tommy