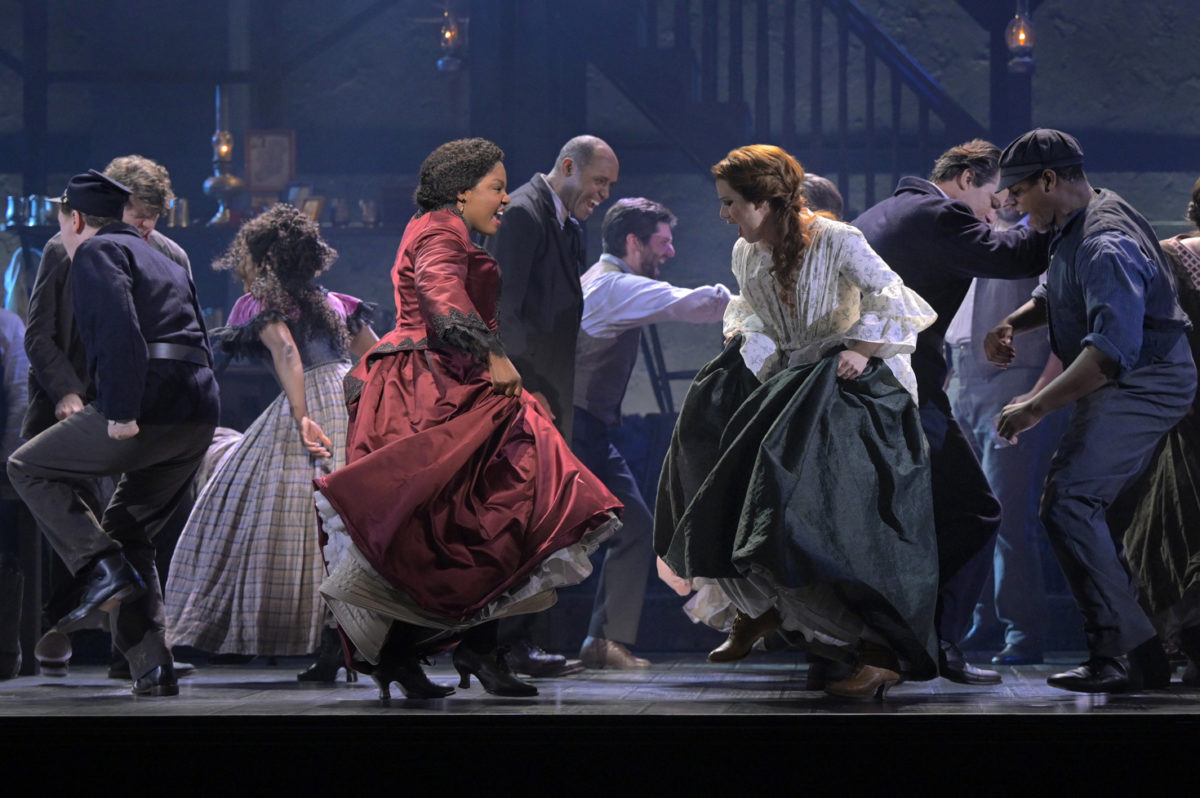 Paradise Square, the new musical about the owner and multi-racial customers of a tavern in NYC’s Five Points neighborhood during the Civil War, has also pushed back its opening dates. The show will now begin previews at the Barrymore Theater on March 15 in advance of an April 3 opening (The original opening was set for March 20).

“During Christmas week, when there were over 560,000 positive daily cases in the US, over 70,000 positive daily cases in NYC and scientists suggested that the virus had yet to peak, we grew deeply concerned for the ongoing safety of our cast, crew and creative team, who were scheduled to begin Broadway rehearsals this month,” commented producer Garth H. Drabinsky. “We hope that a later start date for rehearsals and performances after the current wave is predicted to subside will better protect our company, audience and theatre community.”

Also, Flying Over Sunset will be closing three weeks earlier than its original limited engagement. The musical imagining Cary Grant, Clare Booth Luce and Aldous Huxley taking LSD together running at Lincoln Center’s Vivian Beaumont, will end its run on Jan. 16 instead of Feb. 6.

In other news, Broadway veteran Joan Copeland, the sister of playwright Arthur Miller, has passed away at 99. Copeland played the tap-dancing mother in Wendy Wasserstein’s long-running Off-Broadway comedy Isn’t It Romantic? while I was ushering for the show at the Lucille Lortel Theater. She was a delightful presence, giving a consistently warm and generous performance with a revolving cast including Alma Cuervo and Robin Bartlett as her daughter, Janie. She was also magnificently maternal and loving in Joe DiPietro’s Over the River and Through the Woods and won an Obie as the calculating mother of a conflicted daughter in Richard Greenberg’s The American Plan. She also won a Drama Desk Award (over Elizabeth Taylor in The Little Foxes) playing a version of her own mother in her brother’s play The American Clock. Joan will also be remembered as a stern judge on early episodes of Law & Order.