Summer is drawing to a close and that means a rush of announcements for the fall Broadway season. But with the incoming tide of new shows, there is also a group of outgoing productions unable to survive the tidal pull of audience indifference. 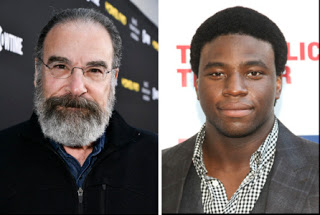 Summer is drawing to a close and that means a rush of announcements for the fall Broadway season. But with the incoming tide of new shows, there is also a group of outgoing productions unable to survive the tidal pull of audience indifference. Natasha, Pierre and the Great Comet of 1812 will shutter at the Imperial on Sept. 3 and Groundhog Day will burrow into the ground forever on Sept. 15. The case could be made that both shows did not get a fair shake. After three successful runs Off-Broadway, Comet soared onto the Main Stem with pop superstar Josh Groban in the lead and received 12 Tony nominations–the most for any show during the 2016-17 season. But once Groban left tickets sales plummeted. A casting controversy erupted when the producers clumsily announced Mandy Patinkin would take over the lead role from Okieriete Onaodowan (Groban had already vacated the show at that point.) Several actors of color protested on social media stating the African-American Onaodowan was being let go in favor of the white Patinkin who quickly withdrew. The producers could have handled the situation better. Not long after the controversy erupted, the closing notice was posted. Comet probably would have closed not long after Patinkin’s limited engagement anyway and the producers should have realized that Onaodowan was not a strong enough name to bring in new customers. The fact that he was in the original company of Hamilton was not a big drawing card. Was Patinkin suddenly available and only for a short time? Could he have played certain performances and alternated with Onaodowan? Who knows. But it’s a pity this innovative, exciting show will close.

The same can be said of Groundhog Day which was eclipsed by Dear Evan Hansen at the Tonys. I really loved this wry adaptation of the time-loop film comedy but not all of my critical colleagues agreed. It only received one Drama Desk nomination–and win–for Andy Karl’s brilliant lead performance as the befuddled weatherman trapped in the titular holiday in a drab Pennsylvania town. When the show opened it was thought Karl was a shoe-in for the Tony as well, but Ben Platt’s heartbreaking turn in the titular role of Evan Hansen seized the prize as well as winning Best Musical. You would think if so-so productions like Charlie and the Chocolate Factory, Anastasia and A Bronx Tale could survive, Groundhog could too. But no, a Drama Desk win for Best Actor will not fill the seats.

Another venture coming to a regrettable end is the print run of the Village Voice. The radical alternative weekly is finally succumbing to the digital onslaught and will continue only online. The date for the last newsprint edition has not been announced, but the physical version of the Voice has been a shadow of its former self. Hopefully, the web edition will continue to cover Off- and Off-Off-Broadway extensively. New management has rehired long-time critic Michael Feingold and the publication is still presenting the Obies. I can remember reading the weekly when I was in high school to learn of the latest avant-garde production and what was new and challenging in the theater. With professional theater coverage shrinking everywhere, the Voice’s comprehensive approach is become more and more rare.

Another major change: NY Post columnist Michael Riedel is stepping down as co-host of Theater Talk on Channel 13. Producer-host Susan Haskins will continue with a rotating series of co-hosts including Adam Feldman of Time Out NY, Elisabeth Vincentelli (freelancer for Newsday) and columnist Michael Musto.

Out with the old, in with the new(-ish):

Denzel Washington will return to Broadway in a revival of Eugene O’Neill’s massive four-hour drama The Iceman Cometh, to be directed by five-time Tony winner George C. Wolfe, who recently resigned from the Presidential panel on the Arts–along with everybody else in the group. Washington won a Tony for Fences and starred on Broadway in A Raisin in the Sun and Julius Caesar. He is not the first African-American to play Hickey, the glad-handing salesman seeking to redeem the alcoholic dreamers of Harry Hope’s bar. James Earl Jones played it in a 1973 revival. Nathan Lane recently headlined a staging at BAM and Kevin Spacey starred in 1999. A minor controversy erupted when Spacey was not nominated for a Drama Desk Award for that performance

Amy Schumer will headline Steve Martin’s Meteor Shower, Uma Thurman makes her Broadway debut in The Parisian Woman (hopefully it will go better than the fictional one she portrayed in Smash) and revivals of Tony-winning Best Plays–Children of a Lesser God (1980) and Tom Stoppard’s Travesties (1976)–are scheduled.

Here is a rundown of upcoming Broadway openings along with prominent Off-Broadway as well, plus a peak into the future.

Aug. 10–Michael Moore: The Terms of My Surrender (Belasco)

Sept. 13–To Peter Pan on Her 70th Birthday (Playwrights Horizons)

Originally Posted on The David Desk 2 on Wednesday August 23, 2017