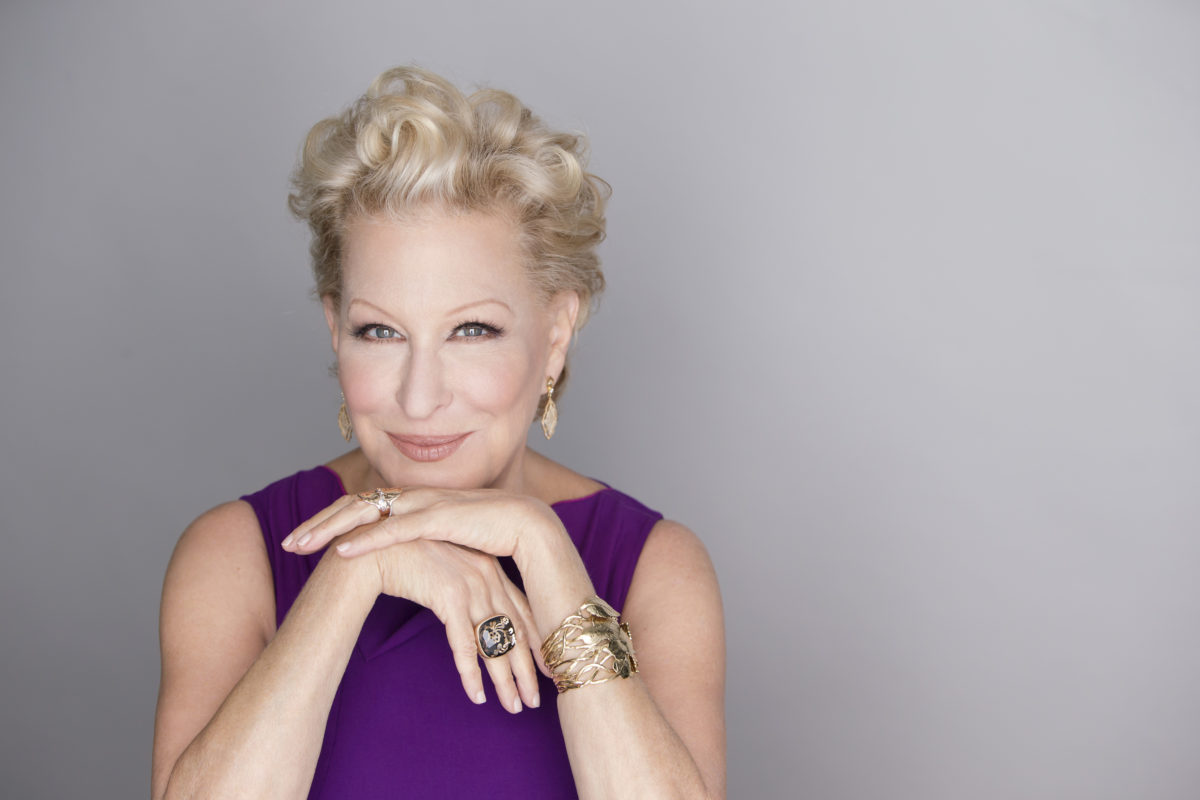 As one of the world’s most versatile entertainers, Bette Midler is a performer who continues to defy categorization and to garner accolades across all facets of show business. She is a recording artist who has sold more than 35 million albums and won four Grammy Awards. She is a performer who has, year after year, sold out the largest venues around the world. She is a three-time Emmy, three-time Golden Globe winning and twice Academy Award-nominated actress. She made her Broadway debut in 1967 in the original Broadway production of Fiddler on the Roof, then went on to star in dozens of blockbuster films, creating some of the most iconic screen performances in cinematic history.   Her contributions to the musical form, on both stage and screen, are immeasurable, and include her acclaimed turn as Mama Rose in Gypsy and her award-winning performances in The Rose, Divine Madness, For The Boys, and Beaches, and dozens of others.

In 2013, Midler returned to the Broadway stage, after a nearly 40-year absence, to star in the one-woman play, I’ll Eat You Last: A Chat with Sue Mengers, playing the legendary Hollywood agent, wowing critics, selling out performance after performance and breaking house records at the Booth Theatre. This season, she is back on the Broadway stage (and once again breaking box office records) starring in Hello, Dolly!, now in previews at the Shubert Theatre.  In addition to being one of the best-loved and instantly recognizable entertainers in the world, Midler is also one of New York’s most generous and tireless citizens. In 1994, she started the New York Restoration Project, a non-profit organization devoted to bringing abandoned and neglected parks, gardens and open spaces in all five boroughs back to abundant life.

It was previously announced that Bill Berloni will receive the Unique Contribution to the Theater Award; Tony® Award-winner Michael Greif will receive The Founders Award for Excellence in Directing.

These Special Recognition Honors are in addition to the five competitive categories.  The 2017 Drama League Nominees for Outstanding Play, Outstanding Revival of a Play, Outstanding Musical, Outstanding Revival of a Musical, and the much-coveted Distinguished Performance Award will be announced on Wednesday, April 19, 2017 at 11:00 a.m. at Sardi’s (234 West 44th Street), and will be streamed live via BroadwayWorld.com. The Nominee Announcement will be hosted by Resolution Life, the proud Lead Season Sponsor of The Drama League and supporter of the arts.

The 83rd Annual Drama League Awards Ceremony and Luncheon includes a nominees cocktail reception, luncheon, and awards presentation and will be held at the Marriott Marquis Times Square in the Broadway Ballroom (1535 Broadway) on Friday, May 19, 2017 beginning at 11:30 a.m.

For more information about the Drama League Awards, please call (212) 244-9494 or visit www.dramaleague.org.