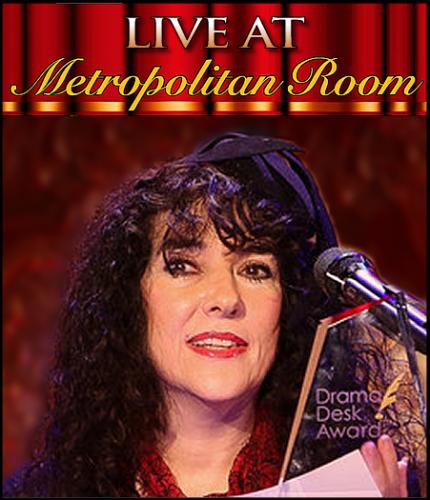 The evening is shaping up to be an overwhelming love fest for Barbara Siegel, a dedicated journalist, who has served on the Drama Desk nominating committee the past 18 years. As the chair of that committee for the last 12 years she has worked tirelessly often more than 80 hours a week to accomplish her goal of setting the highest possible standards for the committee.

I know from my first-hand experience of serving under Barbara for two seasons on the Drama Desk Nominating Committee that her contributions to the Drama Desk were performed in a relentless effort to make the Drama Desk nominating committee a thoroughly all-inclusive group of dedicated professions, who under her guidance took the task of selecting six nominees in more than 26 categories with the upmost seriousness. Working as a team her members often attended in excess of 400 shows a season to accomplish the mission with an inspiring zealousness that few other committees could aspire. Their fearless discussions, which I participated in, I am sure have no match amongst other nominating committees.

We were always uncompromising in the lengths we went to in our labor to be fair and inclusive, while discussing the myriad of potential nominees. Barbara remained steadfast in her quest to be certain no person or group was overlooked or underestimated in the process even though the demands were often awe-inspiring. We persisted and admired her strength to ask the very best from each of her committee members. This same effort went into the selection of her members as well.

The outpouring of support for Barbara Siegel by performers and colleagues required a second show to accommodate all those wanting to attend. The 7 PM show is sold out with a waiting list, however, the added 9:30 PM still has seats available now. I suggest you RSVP as soon as possible not to miss out on a one time happening. All of the performers are Tony and/or Drama Desk nominees and/or winners.

Just before putting this brief piece to bed, I called Barbara to chat about the evening looking for a quote about how she felt with so many of her friends from the entertainment arena coming together to honor her, the musical performers comprising the smallest part, yet ironically making the biggest effort by performing as a tribute to her and the Actors Fund. She in her characteristic manner thought about my question while we spoke and at the end said this “The wildly talented performers singing in these two Actors Fund benefits are extraordinarily generous. I am deeply moved that these impressive musical theater artists are performing in my honor; it is something I will always treasure.”

The lineup of stars and which show they are singing in is listed below with still more stars being added to the 9:30 PM show.