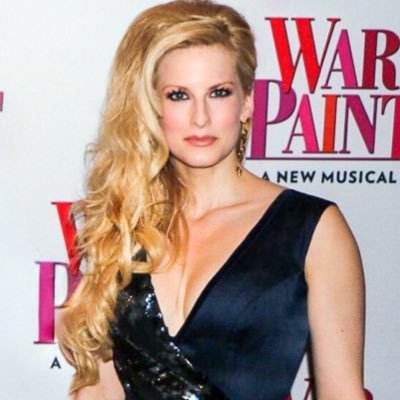 TheaterLife: What is your earliest memory of yourself as a performer?

Angel Reda: My parents put me in dance class at three because they thought I needed to be social, which is hilarious! I’m sure I was a handful. We did a recital, and they put all the little kids on stage. I don’t remember what I was doing, but I remember the outfit: green, with sparkly hats. It was probably the start of my fascination with hats. I was at the Music Hall in Kansas City, and they lined the kids up on each side out in the audience. My father was in the audience and he found me in line and took the picture. I looked at him, and he had this new, big camera, and I remember him taking the shot. I don’t remember anything about the performance I gave, but the capturing of that moment was my first memory of the business. I think it was the click. It’s really crazy. They still have that photo!

TL: How did you know that acting and performing should be your profession, and not just a way for you to “socialize?”

AR: (Laughs) I don’t know if I thought acting would be my thing, but I always performed. I used to be in a performance group called the Miller Marley Entertainers out of Overland Park, Kansas. We would sing and dance, so acting came a little bit later for me. My dad took me to New York City and I saw Lea Salonga do Miss Saigon, and I thought, “I want to be her.” That was also the day when I saw the emotional impact a performer could have on an audience. I knew that I wanted to be that type of actress. There’s an element to me that might be a little bit different than it is for most musical theatre people. I did the World’s Fair with the Entertainers in Seville, Spain at the age of 10. I sang “Somewhere Over the Rainbow” for the U.S. pavilion, so it was a little bit different from musical theatre. However, that gave me the groundwork. Then I saw Lea Salonga perform live, and that really opened my eyes, essentially changing everything.

TL: And now, even with Broadway credits under your belt, you are still working to better yourself.

AR: It has been quite some time since I’ve had a vocal lesson, but I just felt the need to go get a class and meet someone new, so I did. There are points when you’re in a long-running show and you think, “This is great. I’m kind of floating.” But I think that there’s a push, especially if you want to break boundaries to do something different. That’s why I’m thinking about doing a Shakespeare intensive, just to work that muscle and see where it takes me. The business has a way of putting you in a box casting-wise, but War Paint has been a blessing because I get to do it all. I am a Character actress that becomes an Arden Girl rounding the night off with a solid acting scene as the Solicitor.  I’ve been given such a gift to have this experience and I have no idea what my next move will be. However, that’s the beauty of the business. I feel very positive about the next steps.

TL: You’re not going anywhere for a while, as War Paint is a big hit. What was your knowledge of the famous feud between Helena and Elizabeth before taking on the musical?

AR: None! I couldn’t go to the first round of auditions so I was super bummed. It is a testament to know that if you’re right for a job it will come back around, and if it’s meant to be it will be because they did not find a Miss Smythe. Six weeks later I just did the scene work and sang 16 bars of my own song, and booked the job. I know they probably knew my history of work, but to know that it was such a quick thing for me…wow! The first thing I did was watch the documentary, “The Powder & the Glory.” I thought, “Oh my gosh, this is so cool.” I had no idea. The historical aspect of the show is the best part, in addition to its being a tale of these women in a time in our society when we need that female empowerment.

TL: How has your view of the make-up industry changed since working on War Paint?

AR: I have definitely been more willing to put on a strong lip. I would usually put on a nude lip, but I think because of War Paint and Cathy Zuber’s amazing costumes and our make-up designer Angelina [Avallone] using these shades of every color and every lip, it has inspired me to be a little more flamboyant with my choices in real life. It’s amazing how we do all of the eyebrow changes for every era, the 30s through the 60s. My face certainly takes a beating throughout the course of the night- I play seven different roles in the show, so I’m constantly changing my face. Now I’m more aware of the history of how make-up evolved, the styles, and the pointiness of the lips…

TL: Why do you think the story resonates so well with audiences?

AR: Some people walk out and say, “It’s about make-up,” and some people say, “Oh my gosh, it’s not about that at all.” Some people look at the surface and some people look deeper. These women sacrificed so much to be on the top of their game, and if only they would have worked together, who knows what would have happened? When you constantly compare yourself to others you’re not going to accomplish what you could. You’re on your own journey and will find your own success. In that way the lesson is beautiful.

TL: Everyone seems to have a Michael Greif show that speaks to them differently than the rest. Which is it for you?

AR: I would say Dear Evan Hansen, but this is the first time I got to work with him, so I will say War Paint. I adore him and I adore working with him as an actor. I think Dear Evan Hansen was killer. I don’t think he has a show where he deals with actresses that are also long-legged show-gals. Perhaps this has been a unique experience for him too.

TL: You haven’t worked on many new musicals. How is the experience unique in terms of the creation process?

AR: It’s been an interesting, wild ride for me. It’s the first time I have ever been a part of something from the ground up that has started with an out of town tryout. Everyone wants to be in a hit and every night when I become an Arden girl, I enter the stage with my prop notebook and I write what number show we are on.  At around 80 shows I had this realization: We are not just giving these people a hit Broadway show, but we have also evolved into this beautiful, breathtaking production. We had all come together as a cast and creative to get to that moment, and the sense of accomplishment hit me like a ton of bricks.

TL: You have now worked with Hugh Jackman and Patti LuPone. Who is the bigger diva?

AR: I have video of Hugh Jackman selling me for a job. He found out that I couldn’t go to a callback because I was doing his gig, and on stage with the entire audience watching, stopped the show, brought me up and said, “This is Angel, she can’t be at your callback right now because she’s working for me and I can’t be without her. I don’t know who’s up for the part, but…” He talked to the camera and had the whole audience say hello. I think it’s one of my most memorable moments on the stage. Anything goes with him. He split his pants in the middle of the show, and he had wardrobe come up and fix it while he was still talking to the audience. He’s that guy. He is not a diva at all! And Ms. LuPone is amazing. She stands up for everything that you would want to stand up for, but she has the chutzpah to do it. She and Christine are the epitome of grace and talent, and they are a master class in musical theatre. Every night they are so committed and they only want the best on that stage. They’re in it to win it.

TL: When you’re not conquering Broadway you are working on other exciting projects, like the original song, “Holiday Melody,” for which you also shot a music video with the Broadway cast of Chicago. What would you like to see yourself doing next?

AR: A straight play. TV of course, is a given. I really want to do an album, perhaps something in the jazz world, but a little more updated and modern. I’m going to make that happen. My dreams have evolved. You conquer one and then you move to the next. I think it keeps everything fresh.

To visit Angel at War Paint go to ticketmaster.com. To watch the music video for “Holiday Melody,” click here: https://www.youtube.com/watch?time_continue=12&v=HPsamWjQemA