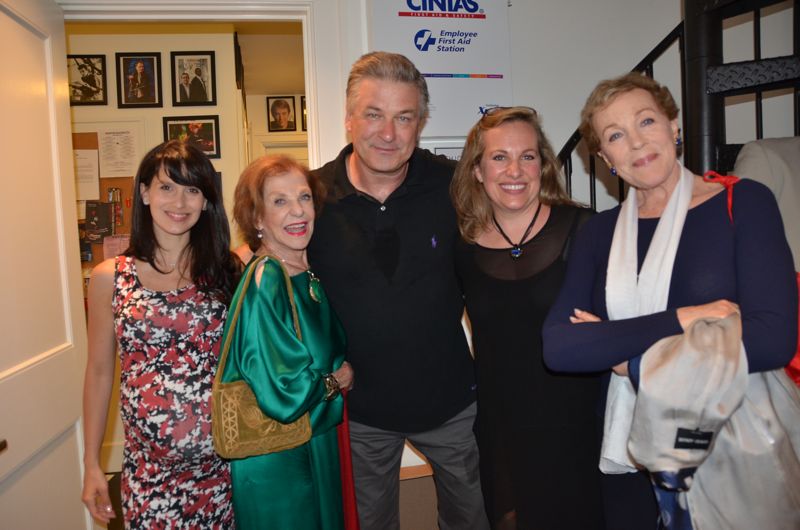 Opening Night @ Guild Hall
Alec Baldwin and Laurie Metcalf star in a gripping production of “All My Sons” at Guild Hall directed by Stephen Hamilton.

“All My Sons,” may be Arthur Miller’s finest play, and the cast at Guild Hall shine under Stephen Hamilton’s watchful eye in a solid staging of the American classic. Produced by Guild Hall in association with Roy Furman and Ellen Myers the drama stars Alec Baldwin, and Laurie Metcalf, with Bethany Caputo, Ryan Eggold, David McElwee, Caitlin McGee, Tuck Milligan, Cashus Lee Muse, Ben Schnickel, and Alicia St. Louis. The story set after World War II focuses on the repercussions of that war, as two families struggle to move forward in the face of the brutal reality of the devastating truth, which comes to light during the confrontations of the play. Provocative and heart-breaking, All My Sons is a compelling story of love, guilt and the corrupting power of greed.

“All My Sons” opened at Guild Hall on Saturday, June 13, 2015 and will run Tuesdays through Sundays at 8pm except Sunday, June 28 at 3pm. There is no performance on Wednesday, June 17.