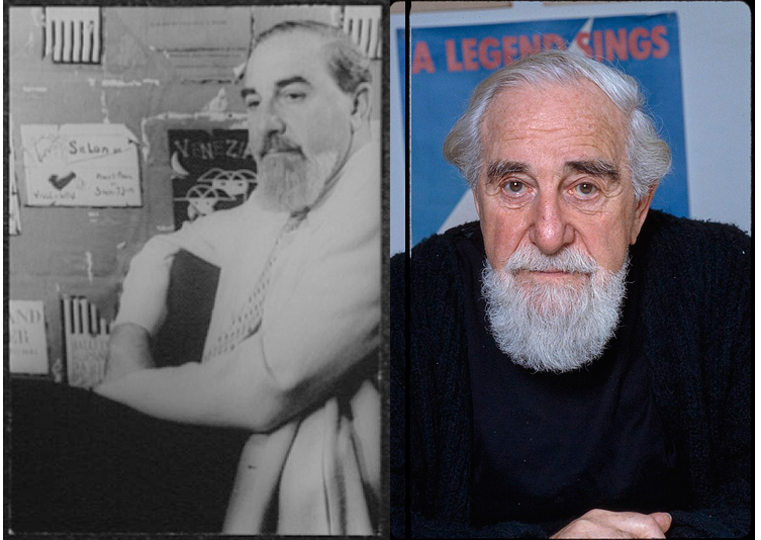 There was and will always be only one Al Hirschfeld (1903-2003) After studying in London and Paris, the artist landed in New York.  A commission at the New York Herald Tribune began exposure that lead to steady work with The New York Times.  The newspaper would eventually feature his crow quill theater drawings on every Sunday Arts section cover over seven decades. Many of us grew up counting Ninas hidden in the iconic art (the written name of his daughter with second wife Dorothy Haas.) To be drawn by Hirschfeld was a badge of recognition and legitimacy.

The artist is most often called a ‘caricaturist’. Merriam Webster defines the word as exaggeration by means of often ludicrous distortion of parts or characteristics. There was sometimes humor, but never malice in Hirschfeld’s work. The skill and creativity with which he captured essences was a kind of visual poetry. Michelangelo said “Every block of stone has a statue inside it and it is the task of the sculptor to discover it.” Hirschfeld cut away everything unnecessary to reveal a figure’s core elements.

Continuing until almost the end of his life, working for magazines, film companies, books, even creating a series of postage stamps, Al Hirschfeld would chronicle every important figure in the 20th century.

Twenty one limited-edition prints by the acclaimed artist Al Hirschfeld – signed by the iconic stage and screen stars featured in the image – are being auctioned online to benefit Broadway Cares/Equity Fights AIDS and the                       Al Hirschfeld Foundation. Own theater history. Highest bidders receive matted, signed prints produced especially for the auction. Samples above