Producer Scott Rudin announced  that the legendary two-time Tony Award®-winning Bernadette Peters, capping a 60-years-long career of triumph after triumph as “the most accomplished musical comedy star of her generation” 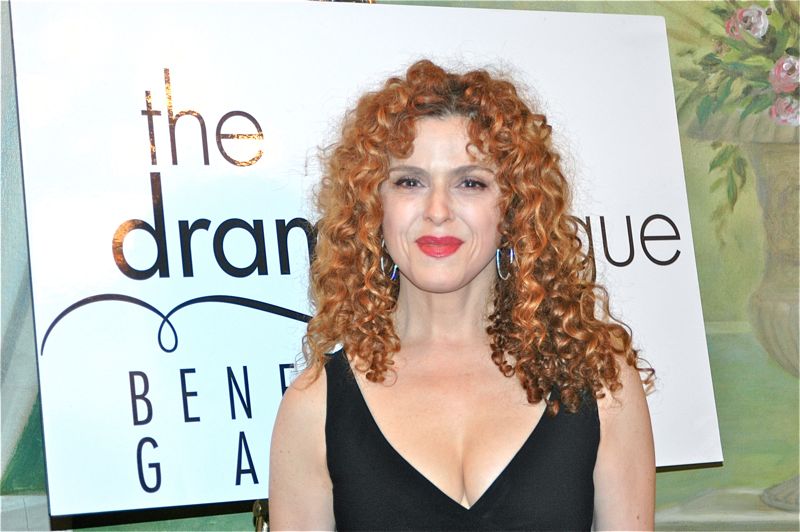 Producer Scott Rudin announced  that the legendary two-time Tony Award®-winning Bernadette Peters, capping a 60-years-long career of triumph after triumph as “the most accomplished musical comedy star of her generation” (The Washington Post), will take on the title role in the most successful and beloved Broadway production of the year: Hello, Dolly!. Ms. Peters will begin performances Saturday evening, January 20, 2018, prior to a Thursday, February 22 opening night. A new block of tickets goes on sale, via Telecharge.com and Shubert Theatre box office, Saturday, September 9, at 10:00 A.M. (ET).

Bette Midler, who received universal raves and every Broadway acting honor for her performance as Dolly Gallagher Levi in Hello, Dolly!, including the Tony for Best Actress in a Musical, will play her final performance on Sunday, January 14.

In a statement, Ms. Peters said, “I’m absolutely thrilled to continue in the tradition of the incomparable Bette Midler, Carol Channing, and all of the other wonderful actresses who have played Dolly Levi, and I look forward to joining this wonderful company at the Shubert.”

Ms. Midler said, “I cannot imagine leaving Dolly Levi in better hands than those of Bernadette Peters. She has created more historic roles in more legendary musicals than any living Broadway star, and most of the dead ones, too. I cannot wait to see her in the show from my very expensive premium seat in Row G which I know I will have to pay for.  She is joining the greatest group of people I have ever worked with, and when my run in this amazing show — and in this amazing part — is over, I will miss all of them more than I can express. I know they will take care of her the way they have taken care of me — with the heart and generosity they have shown me since day one of rehearsal.”

Ms. Peters has been heralded by The Washington Post as “a theater goddess.”  Frank Rich, in The New York Times, proclaimed, “She has no peer in the musical theater.”  Scott Simon of National Public Radio says, “she has stopped more shows on Broadway than the stagehands’ union.” She has been honored with two Tony Awards, three Drama Desk Awards, an Outer Critics Circle Award, and the Drama League Award.

This production of Michael Stewart and Jerry Herman’s Hello, Dolly! instantly became the most coveted ticket of the year when it broke the record for best first day of ticket sales in Broadway history.  By the time it began previews, it had the largest pre-­­performance advance sale in Broadway history.  In addition to the Tony for Ms. Midler, it won three additional Tonys, including Best Revival of a Musical, Best Featured Actor in a Musical (Gavin Creel), and Best Costume Design of a Musical (Santo Loquasto), and has continued to break the Shubert Theatre house record over and over and over and over again.

This Hello, Dolly!, the first new production of the classic musical (based on Thornton Wilder’s The Matchmaker) to appear on Broadway since it opened more than fifty years ago, pays tribute to the work of its original director/ choreographer Gower Champion, which has been hailed both then and now as one of the greatest stagings in musical theater history.

Bernadette Peters (Dolly Gallagher Levi) is one of Broadway’s most critically acclaimed and well-loved stars, having won two Tony Awards, a Golden Globe Award, four Grammy Award nominations, and three Emmy Award nominations.  She received her first Tony in 1986 for Andrew Lloyd Webber’s Song and Dance, and her second for the 1999 revival of Annie Get Your Gun.  In 2012, she received the Isabelle Stevenson Tony Award, in recognition of her years of service to charitable organizations.  Ms. Peters made her stage debut at the age of nine, and first came to the attention of New York theatergoers with her back to back acclaimed performances in both Dames at Sea (Drama Desk) and George M! (Theater World Award). She gave landmark performances in two historic Stephen Sondheim musicals: the Pulitzer Prize-winning Sunday in the Park with George, for which she received Tony and Drama Desk nominations, and Into the Woods, for which she received a Drama Desk nomination. On Broadway, she originated the title role in Jerry Herman’s Mack and Mabel (Tony and Drama Desk nominations), and also starred in On the Town (Tony nomination), The Goodbye Girl (Tony nomination), Sam Mendes’s revival of Gypsy (Tony and Drama Desk nominations), A Little Night Music, and Follies (Drama Desk nomination). While best known for her work in the theater, Ms. Peters stars on television in “Mozart in the Jungle” and “The Good Fight,” with notable guest appearances on “Smash,” “Grey’s Anatomy,” and “Ugly Betty.”  Her film credits include Pennies from Heaven (Golden Globe for Best Actress in a Motion Picture – Musical or Comedy), The Jerk, The Longest Yard, Silent Movie (Golden Globe nomination), Annie, Pink Cadillac, Slaves of New York, Alice, Impromptu, It Runs in the Family, and Coming Up Roses.  Her solo albums I’ll Be Your Baby Tonight (1997); Sondheim, Etc.: Bernadette Peters Live at Carnegie Hall (1998); and Bernadette Peters Loves Rodgers & Hammerstein (2003) have all been nominated for Grammys. She has also been featured on numerous Original Broadway Cast recordings and received her fourth Grammy nomination in 2002 for Follies. Ms. Peters devotes her time and talent to numerous events that benefit Broadway Cares/Equity Fights AIDS. In addition, together with Mary Tyler Moore, Ms. Peters co-founded Broadway Barks, an annual pet adoption event that benefits shelter animals throughout the New York City area. The proceeds of her three New York Times best-selling children’s books, Broadway Barks, Stella is a Star, and Stella and Charlie: Friends Forever all benefit Broadway Barks. Ms. Peters resides in New York with her rescue dogs Charlie and Rosalia.

In a statement, Mr. Garber said, “The opportunity to play this role, in this production, with the incomparable Bernadette Peters, is truly a dream come true.  I cannot wait to be back where I belong.”

Hello, Dolly! marks Mr. Garber’s first Broadway musical appearance since his devilish turn in the 1994 revival of Damn Yankees, for which he received a Tony nomination for Best Actor in a Musical. He also appeared on Broadway in the original productions of Arcadia, the Tony Award-winning Best Play, Art, Noises Off, Deathtrap, and the Tony Award-winning Best Musical, Sweeney Todd. He starred in the world premiere of Assassins and the City Center Encores! production of Follies. On television, Mr. Garber received three Emmy nominations for the spy drama “Alias,” as well as nominations for “Frasier,” “Will & Grace,” and “Life with Judy Garland: Me and My Shadows.”

This Hello, Dolly!, the first new production of the classic musical (based on Thornton Wilder’s The Matchmaker) to appear on Broadway since it opened more than fifty years ago, pays tribute to the work of legendary original director/ choreographer Gower Champion, which has been hailed both then and now as one of the greatest stagings in musical theater history.

Victor Garber (Horace Vandergelder) is one of the most respected actors working today, with four Tony Award nominations and six Emmy Award nominations to his credit.  He made his professional stage debut in the 1972 Toronto premiere of Godspell at the Royal Alexandra Theatre and his New York debut in a revival of Ibsen’s Ghosts, for which he received a Theatre World Award.  His first Tony nomination came in 1978 for Deathtrap, and he subsequently originated roles in the Broadway productions of Sweeney Todd, Noises Off (Drama Desk Award for Outstanding Ensemble), Lend Me a Tenor (Tony nomination), Arcadia, and Art. Additional Broadway credits include They’re Playing Our Song, Little Me (Tony nomination), The Devil’s Disciple, Damn Yankees (Tony nomination), and Present Laughter.  Off-Broadway, he originated the role of John Wilkes Booth in Assassins, and he starred in the 2007 City Center Encores! revival of Follies.  He recently appeared in the films Sicario and Self/less.  His other film roles include the Academy Award-winning films Argo and Titanic, along with the comedies The First Wives Club, Legally Blonde, and Sleepless in Seattle.  On television, Mr. Garber received three Emmy nominations for the spy drama “Alias,” and additional nominations for his work on “Frasier,” “Will & Grace,” and for his portrayal of Sid Luft in “Life with Judy Garland: Me and My Shadows.”  He currently stars as Professor Martin Stein on both “Legends of Tomorrow” and “The Flash.” His other television credits include “Power,” “The Orville,” “Deception,” “Eli Stone,” “Justice,” “Web Therapy,” “The Big C,” “Nurse Jackie,” “Damages,” and “Glee.”  He starred on television as Daddy Warbucks in the musical “Annie,” and also appeared in “Rodgers & Hammerstein’s Cinderella” and “The Music Man.”