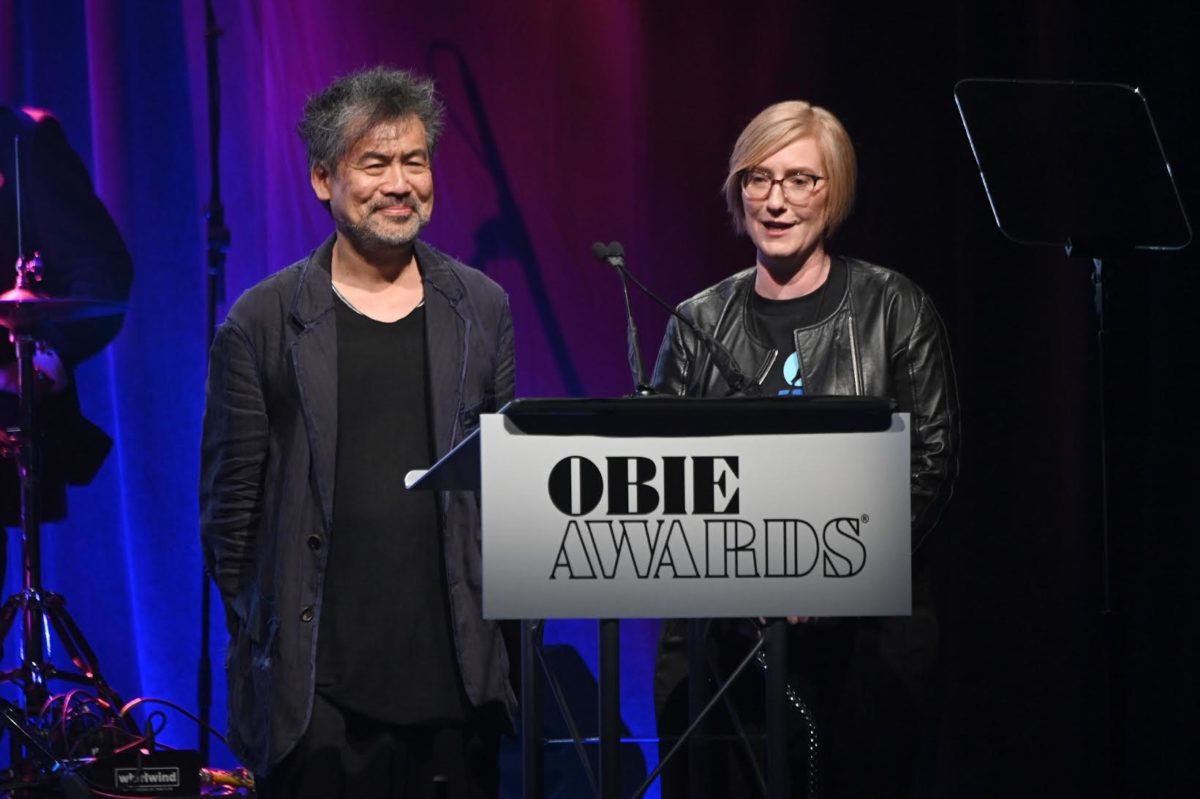 The evening’s festivities, which were live-streamed on the official Obie Awards Twitter account www.twitter.com/ObieAwards, also included an opening number featuring Obies host Rachel Bloom. In addition, special performances were given by two-time Tony Award winner Patti LuPone who surprised audiences in a special comedy bit alongside Rachel Bloom, Tony Award nominee Damon Daunno who performed “Oh What a Beautiful Mornin’” from the Tony Award nominated revival of Rogers and Hammerstein’s Oklahoma!, Margo Seibert who performed “Both Sides Now” as part of the In Memoriam, and a special performance from STOMP, to celebrate their 25th anniversary.

Music was provided by Adam Schlesinger and the“Crazy Ex-Girlfriend” band.

Playwriting
Marcus Gardley, The House That Will Not Stand (New York Theatre Workshop)

Audible, the Presenting Sponsor of the 2019 Obie Awards announced the Minetta Lane Theatre as its creative home for live performances in New York last year, and Billy Crudup’s performance of Harry Clarke, the company’s inaugural live show at the Minetta Lane, won an Obie Award in 2018.

Nickelodeon is a sustaining sponsor of the 2019 Obie Awards.

ABOUT THE OBIE AWARDS

The Village Voice created the Obie Awards, at the suggestion of then editor Jerry Tallmer, soon after the publication’s own inception in 1955, to encourage the newly burgeoning Off Broadway theater movement and to acknowledge its achievements. The Obies are structured with informal categories, to recognize artists and productions worthy of distinction in each theatrical year. Over the decades, the Obie Awards have played a major role in the Voice’s long history of championing work of innovative and exceptional quality Off and Off-Off Broadway. The Village Voice put the new downtown theater movement on the map with its in-depth coverage, becoming a forum for conflicting viewpoints which helped generate excitement over new works and new approaches to theater-making. The Obies have become a theatrical tradition, a meaningful way to acknowledge the best artistic achievements of downtown theater.  The list of actors, writers, directors, and designers who have received Obies at pivotal moments in their careers is a virtual who’s who of contemporary theater. While the categories of the awards have continued to change almost annually, the creative spirit remains the same. The Obie Awards salute a theatrical movement that’s as important, and as vibrant, today as it was in 1955.

One hundred years ago, on the eve of America’s entry into World War I, seven suffragists—all women of the theatre—came together to form The Stage Women’s War Relief. A century later, the spirit and vision behind the founding of American Theatre Wing remains a touchstone for all we do. The Wing continues to champion bravery, with a focus on developing the next generation of brave artists. The Wing advances the future of American Theatre by celebrating excellence and nurturing the next generation: on stage, behind the scenes, and in the audience. We envision an American Theatre that is as vital, multi-faceted, and diverse as the American people.

The Wing’s programs span the nation to invest in the growth and evolution of American Theatre. We provide theatre education opportunities for underserved students through the Andrew Lloyd Webber Initiative, develop the next generation of theatre professionals through the SpringboardNYC and Theatre Intern Network programs, incubate innovative theatre across the country through the National Theatre Company Grants, foster the song of American Theatre through the Jonathan Larson® Grants, and illuminate the creative process through the Emmy-nominated “Working in the Theatre” documentary series. In addition to founding the Tony Awards® which are co-presented with The Broadway League, the American Theatre Wing co-presents the Obie Awards®, Off Broadway’s Highest Honor, with The Village Voice.

Visitors to AmericanTheatreWing.org can gain inspiration and insight into the artistic process through the Wing’s extensive media collection, and learn more about its programming for students, aspiring and working professionals, and audiences. Follow the Wing on Twitter andInstagram @TheWing, and on Facebook.com/TheAmericanTheatreWing.

ABOUT THE VILLAGE VOICE

Founded in 1955 by a small group led by Norman Mailer, The Village Voice was the nation’s first alternative newsweekly. The winner of three Pulitzers, it built a reputation for itself as an aggressive interrogator of ‘the powers that be’ as well as a reliable resource for finding and promoting cutting edge arts and culture. Over the years it was a home to a wide range of writers and artists, including e.e. Cummings, Katherine Anne Porter, James Baldwin and Ta-Nehisi Coates plus photographers Fred McDarrah and Sylvia Plachy, cartoonist Lynda Barry, investigative journalists Wayne Barrett and Tom Robbins, music writer Robert Christgau, and film writer J. Hoberman, a virtual who’s who of essential American political and cultural commentators.

On August 31, 2018, The Voice stopped publishing new material but The Village Voice archives are still available. One can enjoy the history of Off and Off-Off Broadway by reviewing the rich repository of theatrical reviews.

Audible is a rich listening destination that offers insight and inspiration to millions of listeners and is the world’s leading audio and spoken-word media service. Audible’s theater initiative unleashes the artistic creativity of playwrights around the globe to deliver language-driven storytelling and inspire captivating performances on stage and in audio. Off-Broadway, Audible has produced Harry Clarke by David Cale starring Billy Crudup, Girls & Boys by Dennis Kelly starring Carey Mulligan, Patti Smith: Words and Music, and many others. In audio, Audible has produced Stories by Heart starring John Lithgow, True West starring Kit Harington and Johnny Flynn, and more. In 2017, Audible launched a five million-dollar Emerging Playwrights Fund that identifies, nurtures and invests in emerging playwrights, making their works available to millions of listeners around the world. Proof of Love, the inaugural stage production from the Emerging Playwrights Fund, will premiere at the Minetta Lane Theatre this May.