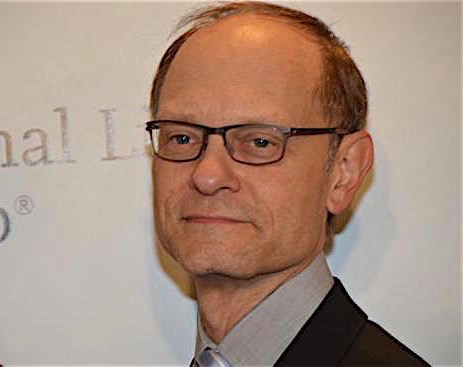 “Since 1916, The Drama League has been honored to celebrate the career achievements of great theatrical artists,” noted Drama League Executive Artistic Director Gabriel Stelian-Shanks. “To kick off our second century in this tradition, we could think of no one more perfect than David, who exemplifies the absolute best of what American theater can be.  What a pleasure it is to gather his friends, co-stars and colleagues for an unforgettable night celebrating his many triumphs, and his return to Broadway this season.”

This year’s benefit gala culminates the organization’s centennial celebration that began last November.  The black-tie gala will feature dozens of stars from Hollywood and Broadway in a one-night-only musical tribute supporting The Drama League’s educational initiatives for promising young artists. VIP and Ballroom seats are available, with a limited number of seats open to the General Public.  For more information, please call (212) 244-9494, Ext. 101 or visit the website www.dramaleague.org

The Drama League of New York, since 1916, has been at the forefront of the American Theatre community, providing talent, audiences, and prosperous support. It is one of the nation’s oldest continuously-operating, not-for-profit arts advocacy and education organizations. Through its programs, initiatives and events, The Drama League serves over 3,000 artists and 15,000 audience members each season with over 150 events and programs. More information can be found at www.dramaleague.org.