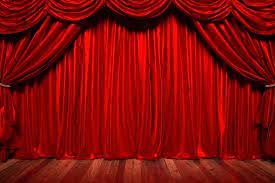 Here’s a breakdown on the major accolades and a few thoughts on the choices:

The nominees for Broadway’s biggest awards were announced by Tony winner Adrienne Warren (Tina: The Tina Turner Musical) and Tony nominee Joshua Henry (Carousel, Violet, The Scottsboro Boys) on May 9. A Strange Loop shockingly received the most nominations with 11. I say “shockingly” because this Pulitzer-Prize-winning musical previously presented Off-Broadway at Playwrights Horizons focuses on a black, gay musical-theater writer and includes graphic sex, liberal use of the “n” word and a little number called “AIDS Is God’s Punishment.” Not your typical Broadway fare. I’m just wondering what number they will do on the Tony telecast and will the network have to censor any of the lyrics like they did with The Best Little Whorehouse in Texas and Spring Awakening. I want the show to win for Best Musical, but the top prize might go to the more commercial choice of Six.

Coming in second for number of nominations was MJ and Paradise Square with 10 each, two so-so musicals with fantastic choreography. Totally screwed over was Mrs. Doubtfire, receiving only one nomination–for Rob McClure’s stellar lead performance. This show was superior to MJ and Paradise in that its book and score were totally integrated and provided a solid two and half hours of entertainment. After the Tony announcement, Doubtfire promptly posted a closing notice for May 29. I hope McClure wins, he deserves it after brightening up numerous other short-lived tuners such as Chaplin and Honeymoon in Vegas.

On the same day as the Tony noms, the distinguished Pulitzer Prize went to Fat Ham, James Ijames’ modern, urban version of Hamlet, which premiered in a streaming production from Philadelphia’s Wilma Theater where Ijames serves as co-artistic director. Fat Ham just opened at the Public Theater in a co-production with the National Black Theater. The runners-up for the Pulitzer were Sylvia Khoury’s Selling Kabul and Kristina Wong’s Kristina Wong, Sweatshop Overlord.

On May 12, I attended the voting meeting of the New York Drama Critics Circle, our first live one in three years. In 2020, we met over Zoom and there was no theater to award prizes to in 2021. We first chose the Best Musical: Kimberly Akimbo won on the first ballot with 11 votes (a majority of the members). Six received 3, The Hang 2, and Suffs, Intimate Apparel, Harmony and Paradise Square garnered one each.

The Best Play vote was not as smooth. On the first ballot, Samuel D. Hunter’s A Case for the Existence of God took 7 votes (not enough for a clear majority win), The Minutes and On Sugarland got 3 each, A Prayer for the French Republic 2, and POTUS, Thoughts of a Colored Man, Sanctuary City, and Tambo and Bones, 1 each. We then moved to a second, weighted ballot with the critics choosing their top three picks. This time Case won with 30 points, followed by English with 18, The Minutes 17, A Prayer for the French Republic 15, Sanctuary City 6, Thoughts of a Colored Man 5, Tambo and Bones, While You Were Partying and POTUS 3 each, Chicken and Biscuits and Birthday Candles, 2 each, and Cullud Wattah, Clyde’s, and Wish You Were Here 1 each.

The members then voted to give no award for Best Foreign Play. Special citations were to be presented to actor-director-playwright-teacher Austin Pendleton (currently in The Minutes) for his career of over 60 years, and to emerging playwright Sanaz Toossi for Wish You Were Here and English.

The Drama Desk which includes both Broadway and Off-Broadway in all of its multiple categories had delayed its announcement of nominations by two weeks to May 16 because of delays with COVID. They were given out over NY-1 News by George Takei who read the top four categories of Outstanding Play, Musical, Play Revival and Musical Revival. The remaining categories were then released on the NY-1 website. In previous years, the DDs have always been announced before the Tonys, the COVID complications necessitated a post-Tony date for both the nominations (May 16, a week after the Tony noms) and the awards ceremony itself (June 14, two days after the Tony broadcast). The DD winners will be announced the week of June 6 and the ceremony will be at Sardi’s. From 1994 on, the DDs have revealed the winners on the night of their ceremony with all the nominees in attendance. This will be a return to the previous format of handing out the awards to recipients who have already won. (That’s how the Outer Critics do it.)

The DDs have always made unusual choices and this year is no exception. There was only one Broadway musical among the nominees for Outstanding Musical (Six) while there were no Broadway shows in the running for Outstanding Play. Six which received the most DD noms with 10, stands a good chance of winning the top prize since the DD rarely gives it to a non-Broadway show. Only three Off-Broadway productions have been named Outstanding Musical: Little Shop of Horrors, Hamilton, and A Strange Loop for its Playwrights Horizons run in 2020.

In another strange move, Ruben Santiago-Hudson was nominated for Outstanding Actor in a Play for his autobiographical one-man play Lackawanna Blues, even though the Drama Desk has a separate Solo Performance category. In addition, Santiago-Hudson has already been eligible for this performance and was nominated in the solo category when he did it in 2001 at the Public Theater. (He lost to Pamela Gien for The Syringa Tree). Mary-Louise Parker, David Morse, and Johanna Day were deemed ineligible this season for DDs for recreating their performances from the original production of How I Learned to Drive in 1997 (In fact, Morse won Outstanding Actor that year in a tie with Christopher Plummer for Barrymore.) So why was Santiago-Hudson even nominated?

Other than these glitches, the DD list is the most diverse and inclusive of the major theater awards, encompassing Broadway, Off-Broadway and Off-Off-Broadway as well as boasting a diversity of performers.

The Outer Critics winners were announced the day after the DD noms on May 17.

They were originally going to be given out the same day as the DD nominees, but delayed one day, so members could catch up with shows delayed because of COVID. The OCC acknowledged the performances of Parker, Morse, Day and Santiago-Hudson with special awards for recreating their roles from over 20 years ago. The Lehman Trilogy was the big winner, taking six citations including Best Broadway Play, Director and Actor in a Play (Simon Russell Beale). Lehman was deemed ineligible for the DDs because it was eligible for its Off-Broadway run before the pandemic. Six won 3 and Kimberly Akimbo 4. These awards were presented in a ceremony at Lincoln Center Library’s Bruno Walter Auditorium on May 26.

Presenters included Andre De Shields (entering his last week of performances in Hadestown and preparing for Death of a Salesman), Beth Leavel (in rehearsal for the Chicago pre-Broadway run of The Devil Wears Prada), and Brittney Johnson (currently in Wicked). OCC president David Gordon of Theatermania.com welcomed everyone and expressed his joy at being back in the theater after such a long hiatus.

Best Actor in a Musical Jacquel Spivey (A Strange Loop) explained why he was elated to receive his award from Andre De Shields. When he was growing up in a small town in North Carolina, the only way he could see Broadway shows was on YouTube or bootleg videotapes. Two of his favorites were The Wiz and Ain’t Misbehavin’, both starring De Shields in the original cast. Special Award winner Ruben Santiago-Hudson (Lackawanna Blues) gave an impassioned acceptance speech, emphasizing the importance of representation for the BiPOC community in theater. Producer Caro Newling accepted all six OCC awards for The Lehman Trilogy since the mammoth show had finished its Broadway run and all the recipients were in London. (Award pianist Michael Lavine cleverly played “The Money Song” from Cabaret as she got to the stage.) Newling delivered a fascinating account of Lehman‘s journey from Milan to London to Off-Broadway to Broadway with interruptions for the pandemic. The most interesting anecdote was how Best Actor in a Play winner Simon Russell Beale came to play so many roles and the cast was reduced to only three. Beale who always showed up at rehearsals one hour early, read several of the roles in the new streamlined version of the script which was originally seven hours long. “You know, I could do all these,” he said to director Sam Mendes who agreed.

It was heartwarming to return to this intimate celebration of theater. Also attending were winners Patti LuPone and Matt Doyle of Company, LaChanze of Trouble in Mind, Victoria Clark of Kimberly Akimbo, Uzo Aduba of Clyde’s, Jesse Tyler Ferguson of Take Me Out, Kristina Wong of Kristina Wong Sweatshop Overlord and playwright Sanaz Toossi, winner of the John Gassner Award for English.