August 22, 2019: As the summer dwindles down, the number of announcements for the upcoming Broadway and Off-Broadway season begins to pick up in volume. In the past few weeks, eight new shows have been confirmed for Broadway runs plus a number of Off-Broadway productions have been released or we’ve gotten more information on casting and dates. 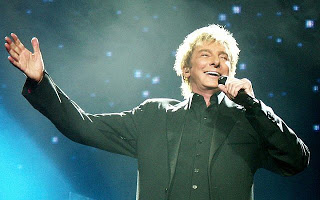 August 22, 2019: As the summer dwindles down, the number of announcements for the upcoming Broadway and Off-Broadway season begins to pick up in volume. In the past few weeks, eight new shows have been confirmed for Broadway runs plus a number of Off-Broadway productions have been released or we’ve gotten more information on casting and dates. There was concern in some quarters that there were no new musicals featuring original scores on the Broadway schedule. Only tuners with catalogues of legendary musicians such as Bob Dylan (Girl from the North Country), Tina Turner (Tina: The Tina Turner Musical), Alanis Morrisette (Jagged Little Pill), David Bryne (American Utopia), and everybody whoever wrote a hit song in the last 40 years (Moulin Rouge), were to be on the boards. But now we have four tuners eligible for the Original Score Tony.

The weirdest and most interesting sounding one is neither a jukebox musical nor an adaptation of a hit movie. Flying Over Sunset focuses on the unlikely trio of  movie icon Cary Grant, playwright-diplomat Clare Booth Luce (The Women), and author Aldous Huxley (Brave New World). What did they have in common? All three experimented with LSD. The show, set in the 1950s, chronicles their experiences during crossroads in their respective lives. James Lapine, librettist-director of such groundbreaking works as Into the Woods, Sunday in the Park with George and Falsettos, writes the book and stages with Tom Kitt (Next to Normal) composing the music and Michael Korie (War Paint, Grey Gardens) writing the lyrics. David Yazbeck (Prince of Broadway, On the Town) is Grant, Carmen Cusack (Bright Star) plays Luce, and Harry Hadden-Patton (My Fair Lady, Downtown Abbey) is Huxley. Previews begin March 12, 2020 at Lincoln Center’s Vivian Beaumont Theatre with an April 16 opening set. Sounds totally different from your typical Broadway fare.

Diana, Princess of Wales, is another uncommon choice for musical fodder, but the tragic figure who has previously been portrayed on Broadway as a ghost in the play King Charles III, will be the main character in Diana, set to begin previews at the Longacre on March 2, 2020 with a coronation, I mean opening set for March 31. The work seen previously at the La Jolla Playhouse in April of this year is by the Memphis creative team: book and lyrics by Joe DiPietro and music and lyrics by David Bryan, and direction by Christopher Ashley (Come from Away). Speaking of royalty, another musical will feature not just a princess but a sextette of queens. Six imagines the wives of Henry VIII as an all-girl rock band. A hit in London’s West End and currently playing in Chicago, the pop-rock satire arrives at the Brooks Atkinson Feb. 13, opening March 12 after stops in Massachusetts, Alberta, and Minnesota.

Before Diana arrives at the Longacre, the theater will play host to a limited run of Lightning Thief: The Percy Jackson Musical, the musical based on the Young Adult series of books about a misfit boy who discovers he is the offspring of Greek Gods. When the show played Off-Broadway in 2017, it received three Drama Desk nominations. The current production is the touring version and will play a limited run opening Oct. 16. Chris McCarrell will repeat his 2017 performance in the title role.

Musical revivals were also in short supply with only one announced—Ivo Van Hove’s sure-to-be-innovative take on West Side Story. The number of old tuners with new staging has doubled with a Broadway transfer of the London reproduction of Caroline or Change, the Tony Kushner-Jeanine Tesori musical about the relationship between a young Jewish boy and his family’s starchy African-American housekeeper. Roundabout Theatre Company produces the revival with Sharon D. Clark repeating her Olivier Award-winning performance. Previews March 13 at Studio 54 with an April 7 opening.

Roundabout will also present the first Broadway production of A Soldier’s Play, Charles Fuller’s 1981 Pulitzer Prize winner about the mysterious death of an African-American sergeant in 1944. David Alan Grier and Blair Underwood star. Tony winner Kenny Leon (A Raisin in the Sun, Much Ado About Nothing) directs. Previews at the American Airlines begin Dec. 27 and opening takes off on Jan. 21, 2020.

Manhattan Theater Club play host to another Pulitzer Prize revival, this one marking the return of two stars to their original roles. Mary-Louise Parker and David Morse reprise their 1997 performances in Paula Vogel’s How I Learned to Drive with Mark Brokaw repeating his directing chores (previews March 27, 2020 at the Samuel L. Friedman with an April 22 opening). Parker plays Li’l Bit, a woman recalling her strange, dangerous relationship with her Uncle Peck (Morse). Parker will be appearing in Adam Rapp’s The Sound Within earlier in the season.

Campbell Scott will be following in his father’s footsteps this season. George C. Scott played Ebenezer Scrooge in a 1984 TV movie. Campbell will essay Dickens’ miser in a stage production written by Tony winner Jack Thorne (Harry Potter and the Cursed Child) and directed by Tony winner Matthew Warchus (God of Carnage), which was a hit in London.

The limited holiday engagement at the Lyceum Theater begins Nov. 7, opens Nov. 20 and runs through Jan. 5. The play will featured 12 traditional Christmas carols. So is it a play or a musical?

In another family connection, real-life couple Corey Stoll and Nadia Bowers will play the bloodthirsty Macbeths in CSC’ revival of the Scottish play Off-Broadway directed by John Doyle (The Color Purple). Mary Beth Piel will cross genders and play the traditionally male role of Duncan. Opening is appropriately a few days before Halloween on Oct. 27.

Barry Manilow recently announced on stage during his Broadway run at the Lunt-Fontanne his long-gestating musical Harmony will finally make it to New York in a Yiddish translation at the Jewish Heritage Museum, Feb. 11-March 29, produced by National Yiddish Theatre Folksbiene, the group that presented the current Off-Broadway hit revival of Fiddler on the Roof in Yiddish. The show, with book and lyrics by Bruce Sussman to Manilow’s music, chronicles the real-life Comedian Harmonists, a singing group composed of Jews and Gentiles in Hitler’s Germany. Another show with the same subject, Band in Berlin, was a Broadway flop in 1999, which may have contributed to Harmony’s previous failure to reach Gotham in two decades after productions in California, Philadelphia and Atlanta.

Looking further ahead, Soul Train, the musical based on the long-running TV series, is slated for a 2021 opening in time for the program’s 50th anniversary. Just as Motown used executive Berry Gordy’s life story as a focus, Soul Train will employ host Don Cornelius’ biography to tell its story. Playwright Dominique Morriseau who wrote another musical with on a similar topic, Ain’t Too Proud: The Life and Times of the Temptations, is penning the book with Kamilah Forbes (By the Way, Meet Vera Stark) directing.

A calendar of announced Broadway and Off-Broadway openings through 2021 and beyond follows. If an opening date has not been announced, the first date of previews is listed.

Oct. 8–For Colored Girls Who Have Considered Suicide/When The Rainbow Is Enuf (Public Theater; previews begin)