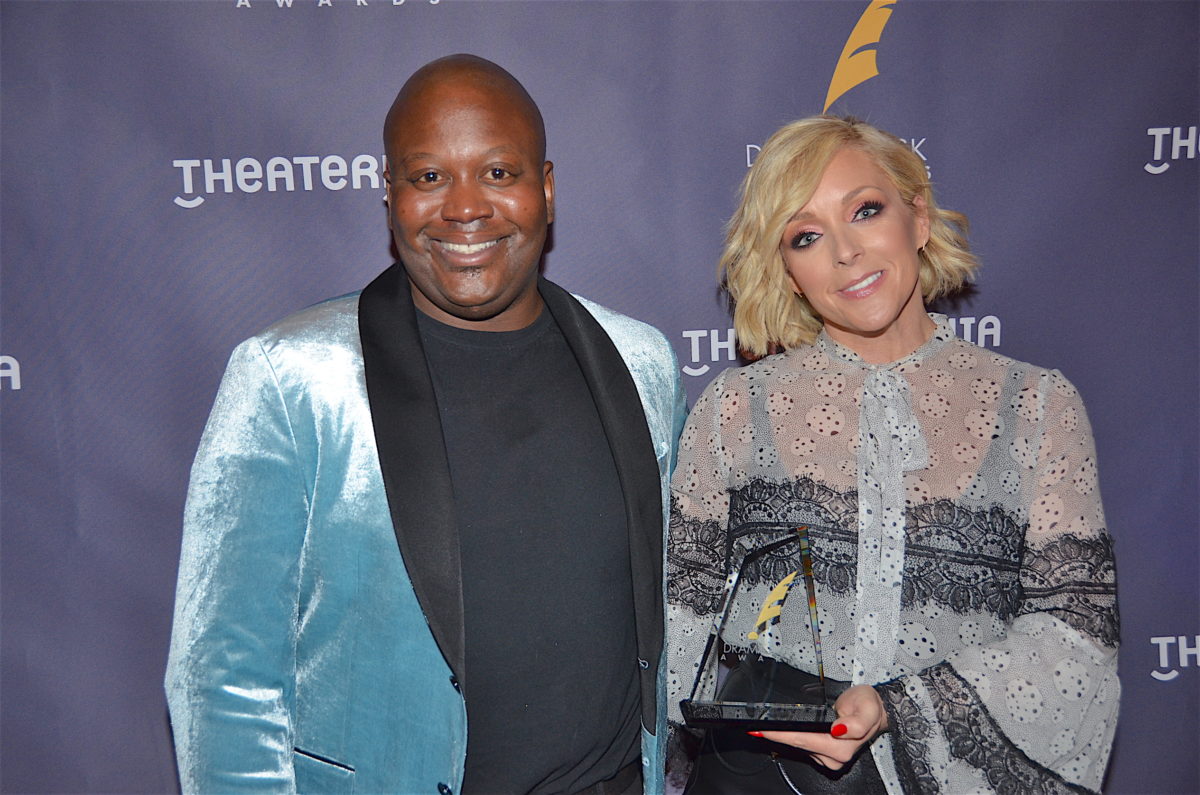 The nominations announcement was streamed live on www.TheaterMania.com. The full list of nominees is available on its website and below.

In keeping with the Drama Desk’s mission, nominators considered shows that opened on Broadway, Off Broadway and Off Off Broadway during the 2017-2018 New York theater season. Eligibility and award category designations for the productions under consideration this season were determined by the Drama Desk Board of Directors with recommendations from the Nominating Committee.

In determining eligibility of The Band’s Visit, which ran Off Broadway last season, the nominating committee considered only those elements that constituted new work. For all other eligible productions, nominations are consistent with opening night credits.

The 63rd Annual Drama Desk Awards will be sponsored by Chase, Hudson Scenic Studio and LaDuca Shoes. More sponsors will be announced in the coming weeks.

The Drama Desk nominees will receive their official nomination certificates at the nominees’ reception on May 9 at Friedmans (228 W. 47th Street – inside The Hotel Edison).

The 63rd Annual Drama Desk Awards, hosted by Michael Urie, will take place on Sunday, June 3, 2018, at 8:00 PM at The Town Hall in Manhattan. For the seventh consecutive year, TheaterMania will present the awards ceremony and Joey Parnes Productions will produce and manage the show. Gretchen Shugart is Managing Executive Producer of the Drama Desk Awards. The awards show will be written by Bill Rosenfield (46 Beacon, True Fans, Sunshine and Shadow), and directed by Mark Waldrop (Not That Jewish, Howard Crabtree’s When Pigs Fly, Bea Arthur on Broadway: Just Between Friends).

Founded in 1999, TheaterMania connects the theater industry to a mass consumer audience, with comprehensive listings, news, reviews, features, interviews and video content that covers theater across the United States and the United Kingdom.  TheaterMania’s widely distributed email newsletters provide special offers to over 1 million subscribers.  In addition to providing theaters with online marketing programs to drive ticket sales, TheaterMania’s proprietary ticketing system OvationTix is used throughout America by hundreds of performing arts organizations, museums, concerts, festivals and events to process ticket sales and manage fundraising and patron information.  TheaterMania owns London-based WhatsOnStage, a source for information and tickets to UK theater, and also produces the annual WhatsOnStage Awards. TheaterMania became presenter of the Drama Desk Awards in 2012. In July of 2017, TheaterMania was acquired by AudienceView Ticketing Corporation, a leading provider of ticketing software to major performing arts, sports and other organizations around the globe.

Miles for Mary, by The Mad Ones, Playwrights Horizons

Outstanding Revival of a Play

In the Blood, Signature Theatre Company

Outstanding Revival of a Musical

Outstanding Actor in a Play

Paul Sparks, At Home at the Zoo, Signature Theatre Company

Outstanding Actress in a Play

Outstanding Actor in a Musical

Outstanding Actress in a Musical

Gizel Jiménez, Miss You Like Hell, The Public Theater

Daphne Rubin-Vega, Miss You Like Hell, The Public Theater

Outstanding Featured Actor in a Musical

Kenita R. Miller, Once on This Island

Outstanding Director of a Play

Outstanding Director of a Musical

The LaDuca Award for Outstanding Choreography

Camille A. Brown, Once on This Island

The Bengsons, The Lucky Ones, Ars Nova/Piece by Piece Productions/Z Space

Erin McKeown, Miss You Like Hell, The Public Theater

Outstanding Book of a Musical

Annmarie Milazzo and Michael Starobin (John Bertles and Bash the Trash, found instrument design) Once on This Island

Outstanding Music in a Play

Outstanding Set Design for a Musical

Dane Laffrey, Once on This Island

Outstanding Costume Design for a Play

Jonathan Fensom, Farinelli and the King

Outstanding Costume Design for a Musical

Clint Ramos, Once on This Island

Outstanding Lighting Design for a Play

Paul Russell, Farinelli and the King

Outstanding Lighting Design for a Musical

Amith Chandrashaker, The Lucky Ones

Jules Fisher, Peggy Eisenhauer, Once on This Island

Outstanding Sound Design in a Play

Outstanding Sound Design in a Musical

Ensemble Award: To Nabiyah Be, MaameYaa Boafo, Paige Gilbert, Zainab Jah, Nike Kadri, Abena Mensah-Bonsu, Mirirai Sithole, and Myra Lucretia Taylor of School Girls; Or, the African Mean Girls Play, whose characters learn the facts of life but whose portrayers taught us all a thing or two about the way things are.

Sam Norkin Award: To Juan Castano, whose varied performances this season in Oedipus El Rey, A Parallelogram, and Transfers not only make a complex statement about American life but also indicate great things to come for this talented performer.

Harry Potter and the Cursed Child — 8

Farinelli and the King — 3