July 20, 2018:  Several new shows have been announced for the 2018-19 Broadway and Off-Broadway season since our last update and they all sound intriguing 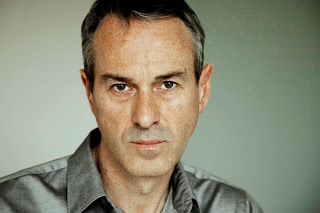 July 20, 2018:  Several new shows have been announced for the 2018-19 Broadway and Off-Broadway season since our last update and they all sound intriguing. International avant-garde sensation and Tony winner Ivo Van Hove will direct his first Broadway musical with a revival of West Side Story. Heaven knows what the unconventional helmer with do with the Bernstein-Laurents-Sondheim-Robbins classic. He turned A View from the Bridge, The Crucible and A Streetcar Named Desire inside out and his current production of The Damned at the Park Avenue Armory just opened to reviews praising his daring. What’s really weird is the show starts begins Dec. 10, 2019 and it is slated to open Feb. 6, 2020 at a theater TBA. That’s almost two months of previews! Maybe van Hove, who is extremely busy with upcoming stage productions of All About Eve in London, A Little Life in Amsterdam, and Don Giovanni in Parsi and at the Met on his plate, needs time to work out his startling ideas. West Side Story is also getting a film update from Tony Kushner and Steve Spielberg as well as current productions at the Guthrie and Glimmerglass. Oklahoma! will also get the revision treatment when Daniel Fish’s production opens at St. Ann’s Warehouse in October. I saw this production at Bard College in 2015 and it treats the Rodgers and Hammerstein classic in a radically new and relevant style.

Speaking of unconventional productions, Tony-Emmy-Oscar winner Glenda Jackson will follow up her triumph in Three Tall Women with a cross-gender production of King Lear. Her first stage appearance since her career in Parliament was in a London production as the raging royal. This New York version will be a new staging with an American cast. That last time an actress attempted this Mount Everest of Shakespearean roles with when Mabou Mines did a radical reinterpretation in 1990 with Ruth Maleczech as a Southern matriarch type. Jackson’s version opens next April.

Off-Broadway, Lincoln Center will present Tom Stoppard’s The Hard Problem at the Mitzi Newhouse while My Fair Lady continues upstairs at the Vivian Beaumont. Girl from the North Country, a hit in London comprised of Bob Dylan tunes, will open at the Public. Hopefully, it will fare better than The Times They Are A-Changin’, Twyla Tharp’s 2006 Broadway flop employing the Dylan songbook.

Here is an updated calendar of Broadway and Off-Broadway openings for 2018-19:

July 30–A House That Will Not Stand (NYTW)

Aug. 13–Getting the Band Back Together (Belasco)

Dec. 13–To Kill a Mockingbird (Shubert)

The Lifespan of a Fact