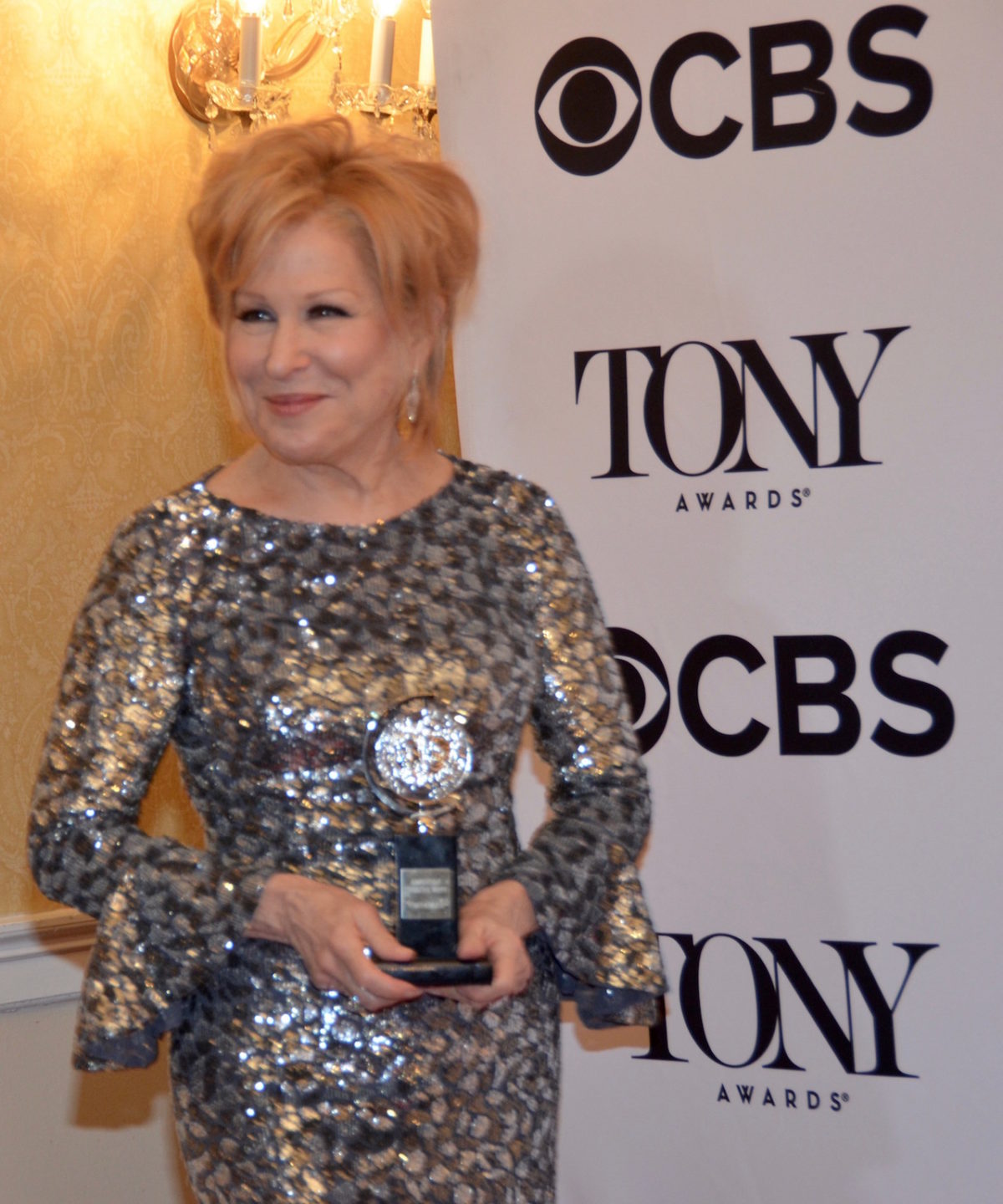 Dear Evan Hansen began its journey to Broadway as a critically acclaimed Off-Broadway Second Stage production. The musical about a loner, who improves his social standing when he becomes intimately involved with the grieving family of a classmate, who killed himself, is both risky and original.

The battle between musicals, Come From Away and Dear Evan Hansen, which many expected, didn’t happen. Dear Evan Hansen was the evening’s big winner with 6 Awards, including Best Musical and Best Actor in a Musical for Ben Platt. Come From Away won only Best Director of a Musical for Christopher Ashley, while Rebecca Taichman’s win for Best Director of a play for Indecent, was one of the evening’s most heartfelt surprises.

Prior to broadcast, there were only three sure bets, Hello Dolly! for Best Revival of a Musical, the show’s star Bette Midler, who won her first competitive Tony for Best Actress in a Musical, and Kevin Kline, a heavy favorite, won his third Tony for Best Actor in Present Laughter.

The early awards revealed no surprises. Nigel Hook was given best set design of a play for The Play That Goes Wrong, while Mimi Lien, Natasha, Pierre & The Great Comet of 1812, was honored for set design of a musical. Costume design for a musical went to Santo Laquasto for Hello Dolly!, and costumes for a play went to Jane Greenwood for The Little Foxes. Lighting Design for a play went to Christopher Akerlind, for his magical design on Indecent.

Scarlett Johannson presented the Best Featured Actor in a Play to surprise winner Michael Aronov for Oslo, while Sutton Foster presented Gavin Creel with Best Featured Actor in a musical for his outstanding performance in Hello Dolly! Creel made his Broadway debut 15 years ago in a co-starring role with Foster in Thoroughly Modern Millie. In the press-room he was gracious and thanked his director Jerry Zaks for helping make him funny.

Cynthia Nixon, winner for Best Featured Actress in a Play, used her moment to call support for people today who refuse to sit back and watch them do it, a reference to the Republicans and the Trump administration.

Bette Midler presented Best Actress in a play to Laurie Metcalf, best known for her role on the TV show “Roseanne.”  Metcalf won for her acerbic Nora in A Doll’s House, Part 2, and Rachel Bay Jones won Best Featured Actress in a Musical as the mother in Dear Evan Hansen.

A surprise win for Best Direction of a play went to Rebecca Taichman, Indecent, and a hush went up in the press room as her name was announced. She thanked her parents for teaching her to follow her passion. And said, “Am I dreaming?” Another upset was Best Direction of a Musical won by Christopher Ashley for Come From Away, the musical’s lone win.

Best Play went to Oslo by J.T. Rogers and developed by Lincoln Center.  Best Revival of a Musical went, as expected, to Hello Dolly!  While Best revival of a play went to August Wilson’s Jitney produced by MTC.

The incomparable Bette Midler accepted her first competitive Tony, for Best Actress in a leading role in a musical, however she won a special Tony in 1994 for her Clams on the Half Shell revue. The icon held court in the press-room after her popular win saying, “Scott Rudin has given me the ride of my life. I have had so much smoke blown up my ass that this award is the cherry on the cake. I get to play in the playground of the Shubert Theater with the best bunch of clowns I have ever encountered.”

She went on, “I have to shout out my friends, who told me I could do this, and I had to do this, or they would never speak to me again. This show is a well -oiled machine, perfection. Jerry Zaks’ inspired child- like direction is allowing me to have the time of my life. The show is a roaring success, and I am proud to be a part of it. I have done 80 shows so far, and this is hard work. Scott made it sound like if I didn’t do this I would have missed something special in life, and that I would be a changed person if I did. And he was right. I lost 30 lbs! I am a loner, and this sense of community and family is like something I have never experienced. I have been so embraced. It’s more than I deserve.”

And asked what advice she would give to performers, the star said, “Watch people closely and don’t judge them, because judgement stops you from seeing what they have to offer. And perseverance. This is hard work! I have never seen such hard-working dedicated people in my life as you theater people.”