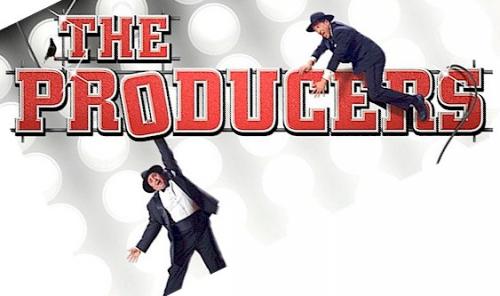 It would hard to beat this cast. Michael Kostroff (The Nance; HBO’s The Wire) is not at all warm and fuzzy [well, until about two hours and 17 minutes in] as former Broadway musicals king Max Bialystock [famed for such hits as Bialy Hoos of ’42 and This Yoo Will Pass], now reduced to shtupping and fleecing lonely old ladies to mount his shows that close on opening night. He has many brilliant moments but none greater than his 11:00 recap of the entire show.

No premature closing will befall this production, which, with the ecstatic response of a standing ovation before the cast even began taking bows that segued to four curtain calls. This Producers could easily run at least another month. During the interval, two audiences members – one in the lobby; another on a side aisle, commented, “I can’t wait to see this show again!”

Then you have this dead ringer for a young Dustin Hoffman, David Josefsberg (Buddy and Roy in PMP’s Honeymoon in Vegas, reprising those roles on Broadway, PMP’s Lend Me a Tenor, An Act of God on Broadway) as a mousy, nervous accountant, prone to panic attacks, wasting his life away in an accounting sweat shop while dreaming of leading a life of excitement and adventure. And, oh, does he find it — surrounded by stunning chorines in skimpy costumes glimmering with dozens of sequins, as he and Max hatch a sure-fire plot to riches that, in Brook’ s inimitable  comic style, backfires. 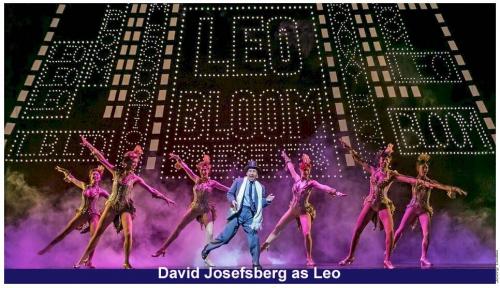 Both give ingenious performances that those fortunate enough to catch this spare-no-expense revival will long remember.

Then, enters Ulla Inga Hansen Benson Yansen, etc., a Swedish sexpot dancer seeking stardom, played with all the right assets by Ashley Spencer (Rock of Ages, Priscilla Queen of the Desert), who has more of “it” than most and doesn’t mind flaunting it. 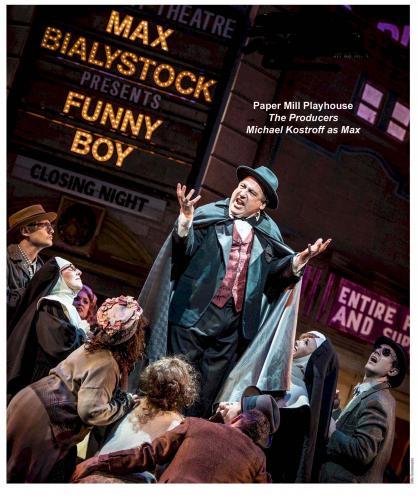 Also starring in the 20-member cast are dozens of scene stealers [if you include the in-jokes on the props and scenery] headlined by John Treacy Egan, who reprises his Broadway role (2002-2003), as Franz Liebkind, the pigeon and Hitler-loving German “playwright”; and positively awful and brilliant Kevin Pariseau (Legally Blonde ; PMP’s 1776) as Roger De Bris, the worst director in theater history,.

They have stiff competition from Mark Price (Mary Poppins; PMP’s Can-Can and Lend Me a Tenor) as De Bris’ major domo Carmen Ghia, who proves he’s anything but a major dumbmo; and, maybe the biggest scene stealer, the well-seasoned Broadway veteran Madeleine Doherty (The Producers, Sister Act, Les Miz) as Max’s favorite fleece, Hold-me Touch-me [as well as several cameos]. 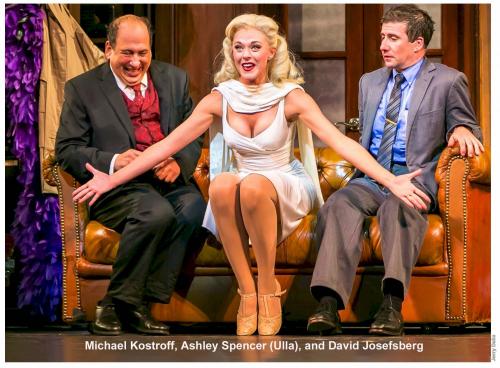 Stephenson (PMP’s Vanya and Sonia and Masha and Spike, Lend Me a Tenor, John Adams in 1776), an alumnus of Broadway’s Producers [where he played Leo Bloom for six months in 2003] has done a masterful job of recreating Susan Stroman’s award-winning production; with Bill Burns, resident director and choreographer on  Producers tours, staging her award-winning choreography.

They aren’t the only six degrees of separation from the original production. Six-time Tony and seven-time Drama Desk winner William Ivey Long returns to do costume  costumes – from very Vegas showgirly, to elegant, and the over-the-top Springtime for Hitler Bavarian fashion show – where Spencer’s a particular knock out in a haute couture sheer flowing black gown.

The production, set in the time of the long-gone Horn & Hardart automats, Astor Hotel, and Morosco Theatre, has three-time Tony and six-time Drama Desk winner Robin Wagner returning his original set design that almost fills Paper Mill’s huge stage [that might be the envy of even Radio City Music Hall]. He was set designer for A Chorus Line and doesn’t mind repeating one of his memorable pieces reminiscent of Busby Berkeley’s movie magic.

There are also homages to Fiddler on the Roof, Follies, 42nd Street, Funny Girl, even the Music Hall’s Christmas Spectacular “March of the Wooden Soldiers,” and the Village People.

While The Producers has many risqué moments, most would pass over the heads of children under seven or eight – other moments are innocently risqué.

PMP will host a Q&A with the cast following the October 22 matinee. Additionally, there’ll be audio-described performances on Saturday, October 22, and Sunday, October 23 at 1:30 P.M. Prior to these performances at noon, the theatre offers free sensory seminars whereby patrons with vision loss hear a live, in-depth description of the show’s production elements with hands-on interaction with sets and costumes. A sign-interpreted and open-captioned performance will be presented Sunday, October 23 at 7 P.M.  For much information, visit www.PaperMill.org.

The revival of The Producers is made possible with support from the NJ State Council on the Arts, the Blanche and Irving Laurie Foundation, and Investors Bank. 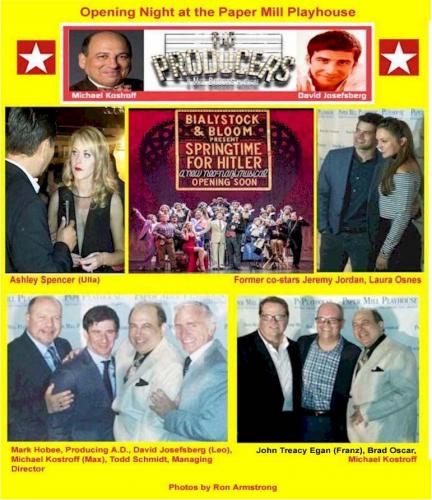